Paramount Hotel and Resorts to be unvieled at ATM

Dubai, United Arab Emirates, April 29th, 2012 – A new Paramount-branded hospitality concept – Paramount Hotels & Resorts™ -- is to be announced tomorrow at the Arabian Travel Market, the hospitality industry’s premier travel and tourism event in the Middle East.  The project is currently in active development by PHR LLC under license by Paramount Licensing Inc.

PHR LLC secured an exclusive, long-term agreement with Paramount Licensing Inc., the licensing division of Paramount Pictures Corporation, to establish the chain of Paramount-branded hotels and resorts.  While not an investor, Paramount will oversee the creation of this exciting new hospitality concept.  PHR LLC will lead all development and fundraising activities under the guidance of Thomas van Vliet, Chief Executive Officer.  Van Vliet has held leadership positions in major hospitality companies for over 25 years.

Paramount Hotels & Resorts are envisioned to deliver the ultimate in star treatment for every guest, drawing on the 100-year history of Paramount, the authentic California lifestyle, and the glamour of Hollywood.  Each property will be developed as a major production, featuring studio-inspired entertainment, sophisticated design, fine dining experiences, luxury shopping, spas and other world-class amenities.

Initial sites in various stages of development include Brazil, the Caribbean, Indonesia, Oman, Qatar, Russia, South Africa, United Arab Emirates and the United Kingdom.  Target locations include both capital/gateway cities and popular resort destinations.   Individual properties will be designed to appeal to the business traveler, leisure traveler, or both, based on the dynamics of the local market.
“The Paramount brand is known the world over, from its iconic gates to its impressive cinematic history,” said van Vliet.  “Our goal is to deliver on the expectations of the brand with experiences that are ‘Unmissable, Unforgettable, and Unmistakable.’  We are thrilled to be sharing this exciting news today.”

PHR LLC has secured an initial roster of major investors and the consortium is actively seeking additional hotelier partners in target markets.  With the heritage of Paramount Studios, the allure of Hollywood, “star-quality” service, and a management team seasoned in global hotel and resort development, Paramount Hotels & Resorts are anticipated to be a hit with business and leisure travelers the world over.

In South Delhi you may be amazed by the grandeur of the houses, for it is where the rich and famous reside. For instance, areas known for their poshness are the Greater Kailash, Sainik Farms, Vasant Vihar, and West End. However, unlike North Delhi, South Delhi offers some great markets and shops. This neighborhood is deifinitely worth a visit....

Address: Kelisa Street, Jolfa neighborhood Phone: +98 311 624 3471 Timings: 8am to 1230pm, 2pm to 530pm Tickets: adults IRR 30000, students IRR 16000 This grand cathedral was constructed by Armenian immigrants from the Turk lands some three centuries ago, who sought refuge in Iran after escaping persecution at the hands of the Ottomans. They were allotted land near the Jolfa a... 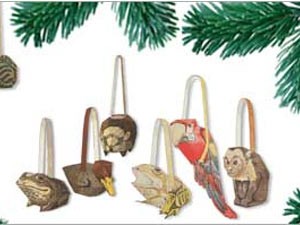 This magnificent sandstone structure was constructed in 1812, by Sh.Salman Bin Ahmed ( al fateh) Al Khalifa, the Qal'at ar-Rifa' (Riffa Fort) has now been renamed after its patron. The king ruled Bahrain from here in the years 1869-1932. The whole of the Hunanaiya valley can be seen from here and the sight is beautiful to behold.Timings: Sun-Tues: 8am-2pm, Wed-9am-6pm, Fri: 3pm-6pm Phone: +973 ...