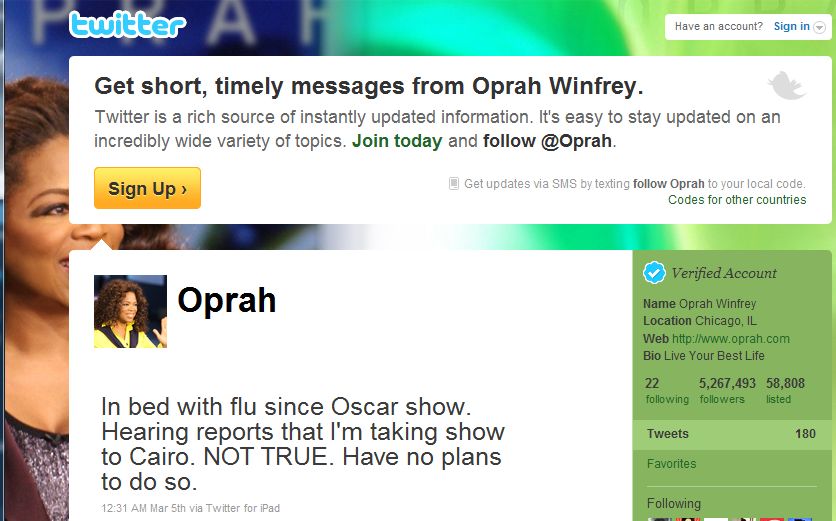 Oprah Winfrey has responded to the recent news stories published by several newspapers of her intention to make a trip to Tahrir Square in central Cairo.

Her response on Twitter: "In bed with flu since Oscar show. Hearing reports that I'm taking show to Cairo. NOT TRUE. Have no plans to do so."

Several newspapers in Egypt and the Middle East had reported the popular television personality would be making an appearance in Cairo to boost tourism in the country.

A representative from Winfrey's Harpo Studios told the media: "Reports about The Oprah Winfrey Show taping a future episode in Egypt are untrue. There are no plans for the show to broadcast from an international location before the programme's finale in May."

Tahrir Square was the centre of protests in Cairo to oust the now departed President Hosni Mubarak. 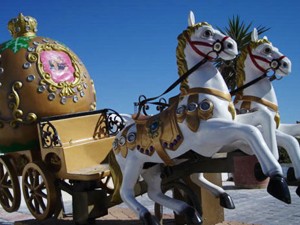 Soho square is the hub of entertainment in Sharm El Sheikh that features restaurants, cafes, bars, clubs, restaurants, steakhouses, bowling, etc. Among all these facilities, Soho Square also has a kids arcade to engage kids in fun activities to keep them occupied. It has ball pit, slides, rides, toys, and several other games. It is open from 4 pm to midnight on seven days a week.   Telephone: +2... 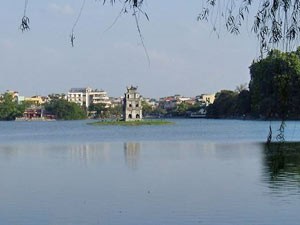 Hoan Kiem Lake is the center of the city both literally and figuratively. The lake is the city's most popular strolling ground and large groups can be seen in the mornings walking or jogging along the lake or taking part in tai chi exercises. In the middle of the lake is Thap Rua, or Tortoise Tower a three-storey pagoda built in the 18th century. Turtles can be seen basking at the temple's base; w...