June 10 - Oman’s Ministry of Tourism is stepping up preparations for the influx of tourists expected during the summer months, particularly to Salalah, the capital of Dhofar Province. Last year, around 300,000 local and international guests visited the city from June to September.
"Aside from its numerous fascinating locations, Salalah also has cooler weather compared to other parts of Oman during the summer, so it has strong potential as a tourism hub. The ministry has lined up several initiatives which will further boost the city's appeal to local, regional and international travelers. We have commissioned a specialised company to draw up a concrete strategy for attracting more Gulf travelers into the city especially during the festive months," said Salem Al Mamari, Director General of Tourism Promotions, Oman Ministry of Tourism.
The World Travel and Tourism Council has predicted a growth of 7.8 per cent for Oman’s tourism sector in the next 10 years.

Located in the centre of town, the ‘Yasmine Park’ is a great playground for children. It is a funfair located within the Parc de la ligue Arabe with small rides that are fun and relaxing Admission:  DH150 Open daily: 10am - 7pm Address: Boulevard Moulay Youssef, Casablanca                    ... 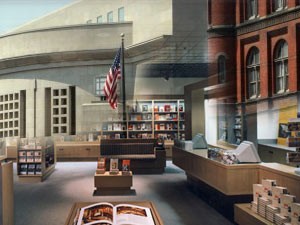 Visitors should come prepared for an experience likely to be disturbing and difficult to forget when visiting United States Holocaust Memorial Museum. At the start of the tour, each visitor is given an identity card of a Holocaust victim that matches the visitor's own age and gender. Ordinary reality is skewed through off-center stairways, weird angles and the shadows of other visitors on the glas...