July 12 - Tourism officials detailed the challenges facing Petra and future plans to develop the area during celebrations last week marking the third anniversary since the site was named one of the New 7 Wonders of the World.

These include the seasonality of tourism at the site, inadequate services provided to tourists, negative practices that harm the site, a lack of human resources and financial challenges, he noted.

To address these challenges, the PDTRA will next week start drafting a master plan designed to develop the region for the coming 20 years, Shraideh explained.

"We will define the developmental needs in the region and come up with a plan to tackle these needs," Shraideh said, adding that the strategy will be developed in cooperation with the local community, NGOs and other concerned governmental institutions.

He said the plan will include development, environmental and investment projections, noting that it will be finalised in April 2011. 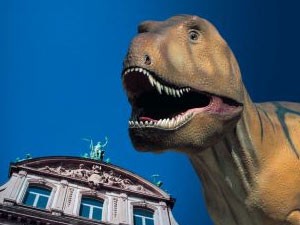 One of Frankfurt’s most visited places, this museum of natural history is one of Germany’s largest. There are larger than life dinosaur skeletons, preserved animals, various exhibits of preserved plant species, all accompanied by a ton of information for those who are interested in the subject. The museum does not have any parking spaces so you will have to walk some distance after taking the s... 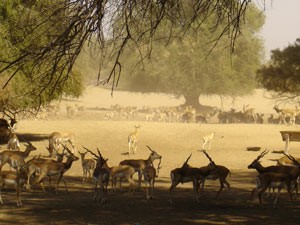 This is a mass of bare rock. What is exciting is the myth surrounding it, which claims that the Holy Prophet Mohammad stood on it likening Damascus to Paradise. Tourists should visit this mount at dusk when the city below lights up giving a stunning view. Timings: Daily, throughout the day Admission: none Address: Northwest of the city Tel: none  ...