April 27 - Sea Cloud Cruise liners have their eyes set on the shores of Dubai, said the Department of Tourism and Commerce Marketing (DTCM) on Monday, adding that the government is holding talks with the Hamburg-based company to launch its services in the Middle East. "We have been approached by a number of cruise companies that are interested in extending their services to Dubai, of which Sea Cloud is simply one of many," said Hamad Mohamed bin Mejren, Executive Director, Business Tourism, DTCM. "Since the launch of the new Dubai Cruise Terminal earlier this year, we are expecting a 30 per cent growth in business compared to 2009."
According to reports, last year there were 87 ships -- 261,000 passengers – that passed through Dubai's Port Rashid Terminal and the number is predicted to go up to 120 ships this year. "By 2015, we are estimating 195 cruise calls or 575,000 passengers to head to our shores," he said. "To achieve this growth, we have invested in our infrastructure by building a state-of-the-art cruise terminal. Alongside, we are also working closely with Abu Dhabi, Fujairah, Muscat and Bahrain to offer better port facilities, which will ultimately draw more ships and more tourists to this region." 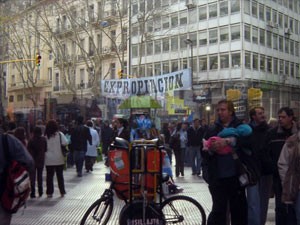 Nothing says Canada like hockey, the country’s national sport.  If you are in town during the NHL (National Hockey League) season, which runs from October through April you’d be remiss not to watch a game.  The Montreal Canadiens are one of the league’s six charter members.  It may be difficult to get a ticket, but there’s nothing like the atmosphere and intensity of a playoff hocke...

Take a boat along the Chao Phraya River and stop over at the Royal Barges where visitors will be treated to the view of unique sailing vessels elaborately designed and painted with different etchings. These vessels are used by the Royal Family during state ceremonies as well as religious rites and rituals. The Garuda and the Dragon are mythological creatures commonly found etched on these barges...