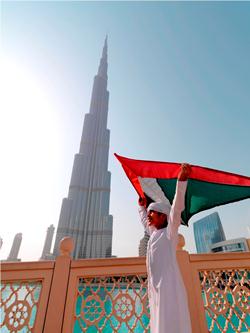 The sterling achievements of the UAE in the past 40 years and the country’s vision for the future will be the theme of the colourful Downtown Dubai Parade, National Day to be organised by Emaar Properties at its flagship development on December 3, 2011.

The celebration, organised in collaboration with the Dubai Events & Promotions Establishment (DEPE), mark Emaar’s tribute to the nation on the occasion of the 40th UAE National Day.

Integrating the dynamism of the UAE’s development with the richness of the Emirati heritage, the Downtown Dubai Parade, National Day features floats, cultural and heritage activities, arts, and music that resonate to the ‘Spirit of the Union.’ The parade will traverse down the Emaar Boulevard in Downtown Dubai, described as ‘The Centre of Now.’

Mr Ahmad Al Matrooshi, Managing Director, Emaar Properties, said: “The UAE has achieved tremendous progress in the past 40 years led by the country’s visionary leadership. Putting the welfare and education of the people as the foremost priority, our leaders have set a solid platform for people from all over the world to come, live, work and enjoy a world-class lifestyle.

“Emaar Properties is saluting the spirit of solidarity that marks our nation, and the vision of our leadership through the Downtown Dubai Parade, National Day which integrates all the remarkable achievements of the UAE in the past four decades. Downtown Dubai, featuring global icons that reflect the civic pride of our nation, is a perfect example of how the UAE fosters ambitious developments that energise the economy.”

Laila Suhail, CEO of Dubai Events and Promotions Establishment, said: “On the occasion of the 40th UAE National Day, we feel proud of our country that enjoys a global reputation due to the wise leadership and ambitious visions of its leaders. We are delighted to support Emaar in organizing the Downtown Dubai Parade which embodies the national spirit of all Emaratis and reflects the patriotism and loyalty to their country and its founders.”


The pageantry of the Downtown Dubai Parade, National Day will be marked with five themed floats that represent the traditional culture and heritage of the UAE; the country’s achievements and its iconic monuments; the cultural diversity of the country; and a tribute to the country’s progress.

From December 1 to 3, Emaar Boulevard will also host to one of the most-awaited lifestyle events, the Emirates Classic Car Festival, featuring classic cars and classic motorbikes, in addition to several colourful classic car and motorbike parades. The public can also vote for their favourite vehicle to be showcased by classic car collectors from across the region.

The UAE National Day celebrations will also include a strong array of traditional entertainment activities in addition to shopping promotions at The Dubai Mall and Souk Al Bahar.

For a city with a shortage of public water supply, the old city area is pretty rich in horticulture. Almost every house has an attached courtyard garden, and scattered about the streets are hedges blossoming with colors more varied than those on a Photoshop palette. Larger gardens are situated close to mosques, as water is easier to come by. Some gardens are situated below the street, to catch any... 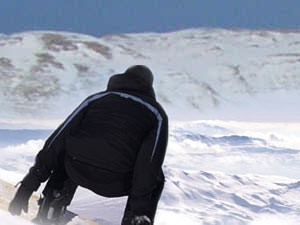 Mount Lebanon is the name of the mountain range that bisects the country.  They are one of its greatest gifts.  In the summer they provide spectacular views, hiking, and a relaxing escape from Beirut.  In the winter they provide the region’s best skiing.  Throughout much of history, they protected the coastal cities from invaders, allowing trade to thrive.  The highest pea... 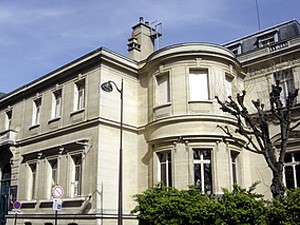 The Musée Marmottan was originally a hunting lodge of the French nobility.  It eventually was purchased by Jules Marmottan.  In addition to being the former mayor of Paris, he was also a passionate art collector.  His son Paul carried on the tradition after his father’s death.  When Paul died in 1934, he left the home and the art collection to the Académie des Beaux-Arts. ...