Morgan Freeman To Fly Into UAE On His New SJ30

American actor Morgan Freeman will fly his new SJ30 private jet from Los Angeles to the UAE, touching down in Dubai. The award winning actor, who has a private pilot’s license, purchased the jet from the Emirates Investment and Development Company (Emivest), a private investment company in the UAE.  Sino Swearingen Aircraft Corporation (SSAC), a US based manufacturer and subsidiary of Emivest, produces the jet.  The SJ30 is knows as the world’s fastest, longest, and highest flying light jet – it has a top cruising altitude of 49,000 feet and can maintain sea level cabin pressure at 41,000 feet.

Mr. Freeman reportedly purchased the plane for $7 million (Dh25.7 million).  The SJ30 flew from San Antonio, Texas, to Dubai for the Dubai Airshow in 2007.   Morgan Freeman and Al Gandi will hold a press conference tomorrow to announce the sale of the SJ30 to Freeman. Mr. Freeman will be traveling with his niece, and stay in the UAE until December 27th.

Being Ireland’s first interactive museum for children under 9, it has become extremely popular. Exhibits are fun, exciting and extremely engaging. The musuem has an art studio so kids can get wild with colours and their imagination and a kid’s stage where children can create their own stories, try on different costumes and change the props on the stage. The museum also has a café (Café Kiddiccino)... 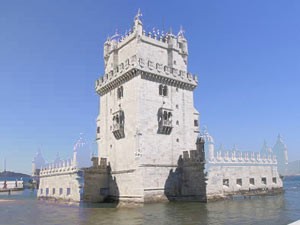 If Padrao dos Descobrimentos is the monument to Portugal’s Age of Discovery then Torre de Belem symbolises the essence of it. Almost like a stand-alone chess piece, the tower was built to be a defence point along Lisbon’s harbour with Manueline designed filigree stonework and even a stone rhinoceros below the western tower. You can explore the small dungeons and climb the narrow, rickety staircase...

The Diplomatic Quarter, or DQ as it is popularly known, is home to foreign embassies and international organizations, as well as residential structures and malls. With lush gardens and numerous sports facilities, it is also one of the city's greenest areas. It is especially known for its fine architecture, and is considered a model for other Islamic cities around the world. Despite its name, the s...