An industry expert says the number of Middle East business jet flights fell 20% during the first quarter of this year compared to the same period last year.  Chairman and founder of private jet operator VistaJet says this shows that even in the Middle East, companies are affected by economic crunch.  Thomas Flohr explained “In the first quarter the world was still in shock and wondering where the financial markets were going.”

Over the past several years the business jet market has quickly expanded as the super rich booked more luxury and executive flights.  This kind of rapid growth has fallen in the first quarter of 2009.  However, Flohr says interest in business jet travel is increasing again and “the phone is ringing again, and that’s something we haven’t seen from March to April onwards.”

These gardens are lovely to take a stroll through. At the entrance of the garden, a marble monument has been erected to honor soldiers killed during WW II. Known as the Tomb of the Unknown Soldier, it was built to commemorate especially those Russian cities that suffered atrocities under Nazi rule. ... 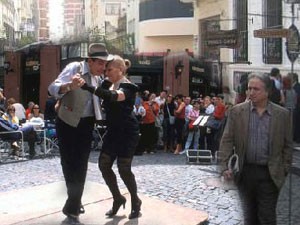 The San Telmo district is a must-visit as it preserves the old Spanish style architecture and streets. The roads tend to be paved with cobblestones, lending a quaint and romantic feel to the area. You seem to be within a little slice of historic Europe. It is however, a very touristy area and don’t be surprised of you are offered ‘authentic’ Argentinian items for sale at sky high prices. There are...