The Mauritius Tourism Promotion Authority together with Emirates Airline began a four city promotional tour of the Middle East.  The one week promotional tour, dubbed the Mauritius Road show, aimed to promote tourism in Mauritius, which is geographically close to the Middle East. The Mauritius Road show began in Kuwait, continued in Riyadh and Jeddah, and ended on Thursday in Dubai. The Mauritius Minister for Tourism and Leisure said that “Mauritius is well served by Emirates Airlines throughout the year. A special terminal at Sir Seewoosagur Ramgoolam International Airport is dedicated to private jets. “ 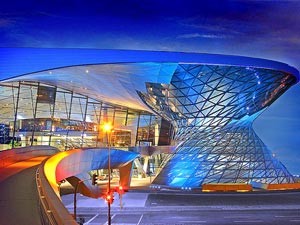 The Sea Life Aquarium covers an area of more than 2000 square meters and contains thirty aquariums. You can view this giant aquarium at two heights. Firstly it can be seen from underneath as you walk through a tunnel, with the aquarium above you, and then from the top level, where you can get eye to eye with all kinds of sea life including sharks. Admission: €12.50 for adults €8.50 fo...

These Temples date back to the 2 nd and 3 rd millennia BC. They surround a holy well dedicated to Enki, the god of spring water. Digging has revealed that the temple remains today were built on two older temples and there is evidence of Sumerian influence. The buildings were made of stone and though now they are little more than a few rocks, they depict a gripping, if grisly, image of the temples ...