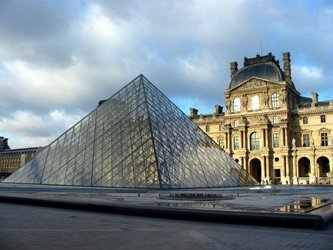 July 7 - Custodian of the Two Holy Mosques King Abdullah has issued a royal decree for a landmark Saudi heritage exhibition to tour a number of European capitals and US cities after the show at Paris' Louvre museum.

The Chairman of the Saudi Commission for Tourism & Antiquities (SCTA) Prince Sultan bin Salman expressed his gratitude to the king for the gesture, describing the "Archaeology Masterpieces of Saudi Arabia Through the Ages" exhibition as a way to introduce a historical dimension of the Kingdom's culture to the world.

Prince Sultan also pointed out the importance of the Kingdom's historical values and archaeological masterpieces in history. He added that the Kingdom was, for the first time, exhibiting a large number of its archeological masterpieces outside the country, reflecting its outstanding international position as an Islamic country that hosts the Two Holy Mosques, its economic role and its impact on human relations.

The exhibition opens on July 12 in Paris.

Previously known as the Museum of American War Crimes, this museum houses instruments of torture and photographs of atrocities committed during the Vietnam War, explaining the use of napalm, Agent Orange and the My Lai massacre. In the front of the museum is a collection of military hardware and the mobile guillotine used by French colonists before World War II. Location: 28 Vo Van Tan, Dist...

This quaint (though expensive) neighborhood is known as the birthplace of Sydney because it is where British settlers first landed in 1788. Such historical significance is noticeable and marketed throughout the town via landmarks such as the Sydney Observatory (the colony's first windmill) and Cadman's Cottage (Sydney's oldest building that was built in 1816). The great thing abou...

The Arsenale is a shipyard in Venice, which played a vital role in the development of the Venetian Republic. The Italian Navy is now running the yard and it occasionally opens to public like on the Biennale and for the festival of traditional Venetian boats, held in May each year. According to historical records the Arsenale started functioning in 1104. Sometimes up to 16,000 arsenalotti or worker...