Kenya’s Minister of Tourism is promoting the counties business and tourism potential at the Arabian Travel Market (ATM) 2009 currently under way in Dubai.  Najib Bala, accompanied by a delegation from the Kenya Tourist Board (KTB) said their primary focus at ATM 2009 is to promote tourism, investment, and trade.  Tourism is the counties second biggest foreign exchange earner, after agriculture.  Bala said an interim tourist office will open in Dubai this Sunday to help enhance relations between the two countries.

This is the oldest souq in the UAE; its areesh (palm leaf) roof and wooden pillars have recently been restored. It also has a traditional coffeehouse where you can indulge in mint tea and dates. Opening Times: Sat-Thu 9am-1pm and 4-9pm, Fri 4-9pm ... 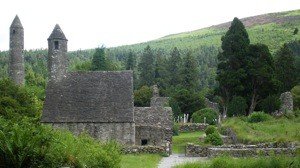 The monastery at Glendalough was founded at the start of the sixth century by Saint Kevin, a descendant of one of Ireland's ruling families.  Kevin wanted to live the life of an ascetic and commune with nature.  Soon enough, Glendalough, meaning Valley of the Two Lakes, became a thriving monastery and town, attracting students from all over Ireland.  Unfortunately, that attracted th...

It's easy to forget that Amman is an ancient city, settled for thousands of years.  When it was capital of the Ammonite civilization it was known as Rabbath Ammon.  During the Greek and Roman eras it was called Philadelphia, the city of brotherly love.  It was ruled by a succession of the Middle East's great empires.  For most of that history, development was centered on the Ci...