Jumeirah Group signed an agreement to take over management of the Qing Shui Bay resort in China, about an hour’s flight from Hong Kong.   The resort is on the southern island of Sanya and scheduled to open in 2013.  Alex Lieu – Vice President of Agile Property Holdings and Gerald Lawless – Executive Chairman of Jumeirah Group signed the agreement in Hong Kong.

Jumeirah Qing Shui Bay will have 50 private villas, a 250 room hotel, six restaurants, and a waterfront conference center.   This is Jumeirah Group’s fourth management agreement in China.  The previous three are Jumeirah Macau, Jumeirah HanTang Xintiandi in Shanghai, and Jumeirah Guangzhou hotel.  Mr. Lawless said “China is of great importance to Jumeirah” and “We also believe strongly in the potential of China to produce outbound business to other Jumeirah hotels, particularly in Dubai.” 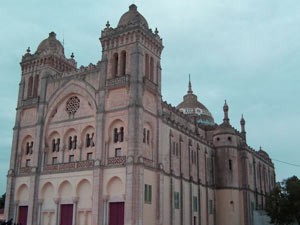 Also called the Plaza Francia, this is a large public square that is immensely popular with locals of all ages during summer evenings and winter afternoons. The plaza features a majestic obelisk and a refreshing water fountain, two prominent features that make it stand out as more of a photo op than any other public square in Caracas. It also contains a number of stalls offering foodstuff, ...