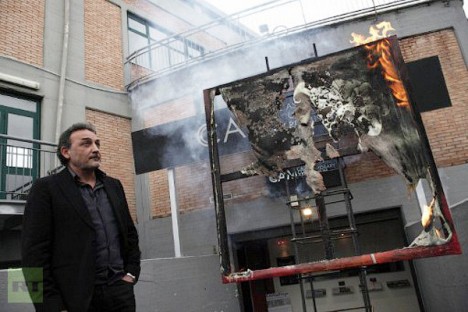 A museum in Italy is burning artworks from around the world to protest harsh austerity cuts by the Italian government.

Head of the Casoria Contemporary Art Museum in Naples Antonio Manfredi started burning paintings on Tuesday and does not intend to stop destroying art unless the government reverses its decision, the BBC reports.

The first piece of art to be torched was a painting by French artist Severine Bourguignon, who was in favor of the protest and watched it via the internet.

“If a government allows Pompeii to fall then what hope does my museum have,” Manfredi told AFP at the time, following a number of incidents at the world-famous ancient Roman city buried by a volcanic explosion in 79 AD.

The museum has become known for daring exhibitions against the power of the Naples-based Camorra organised crime group and has suffered intimidation.

Last year Manfredi announced he had written a letter to German Chancellor Angela Merkel asking for asylum, saying he was fed up with mafia threats and the government’s failure to protect Italy’s rich cultural heritage. He said he would take his entire museum with him if the asylum was granted but he never received a reply. 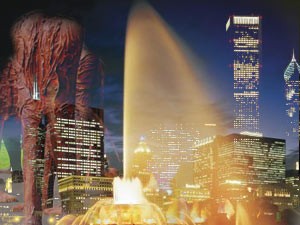 Located between the Loop and Lake Michigan, Grant Park is known as Chicago's front yard.  It covers 319 acres.  The park was built after the 1871 Great Chicago Fire on landfill and the 1893 Columbian Exhibition was held here.  It is named for former president/Civil War general and Chicago-area native Ulysses S. Grant.  The recently completed Millennium Park is at the northwest ... 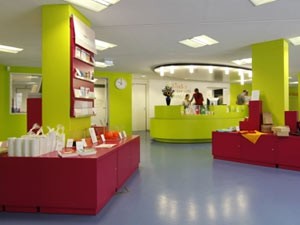 Housed within the Historic Museum of Frankfurt, this museum is designed to allow children to spend a few hours learning about the city and its culture. There are workshops that teach various crafts, as well as interactive exhibits and guided tours. Children are encouraged to touch, play with and ask about various objects as they learn about the historical significance of each.  Address: Haup...