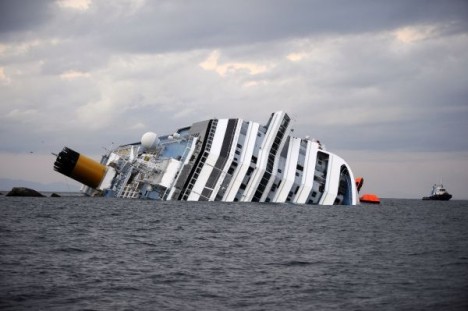 Luxury liner Costa Concordia may be big enough to house swimming pools and restaurants, but its very size might have complicated evacuation and rescue efforts,.

“What jumps out at me is the size of this liner,” said Jacques Loiseau, chairman of the French Association of Ship Captains.

The association had regularly tried to draw attention to the dangers posed by the tendency towards ships of such a vast scale, he said.

“Even in the best conditions, with such size you’ll never be able to save everyone.”

Measuring 290 metres (950 feet) by 38 metres, the Costa Concordia was carrying some 4,200 passengers and crew when it hit rocks just off the Tuscan island of Giglio on the evening of Friday the 13th.

Six people were killed and around 16 were still missing in the disaster.

But the ship was by no means the largest cruise liner in use — others can carry up to 6,000 passengers and 2,000 crew.

As travel companies opt for ever bigger vessels to cater to the needs of ever more passengers, authorities are increasingly concerned.

“The considerable increase in the number of passengers onboard the ships has led to new security and safety constraints,” the North Atlantic Coast Guard Forum of 20 countries says in a document issued during a simulation exercise.

In case of an accident on such cruises, “the evacuation and the recovery of passengers will become very complex operations with a very significant risk of losses of human lives”.

“In case of distress, it would be difficult for a single country to rapidly provide all necessary means” to rescue those aboard, it added.

In an exercise last September, the forum simulated a fire on a large ferry carrying 5,000 people between the north-eastern coast of France and a British port.

What was starkly apparent was the complexity of evacuating thousands stranded at sea.

Beyond the sheer numbers of people, the mix of languages spoken and the diversity of cultures could further complicate rescue efforts.

“It is a determining factor in important times. A lot of training is required” to overcome this obstacle because panic hinders communication, said Loiseau.

“The instructions must be repeated in several languages used by passengers and, among the crew members, we often have problems finding the right words in such situations,” said Loiseau.

The Costa Concordia was carrying people from 60 nationalities when disaster struck.

See how Prague looked before the walls were pulled down and St Vitus Cathedral was completed take a look at this museum. The biggest attraction is a model of the city circa the 19th century city but there are other displays that show how Prague looked from prehistoric times to the 20th century. Address: Na porici 52        + 420 224 816 773 Opening Times: 9am – 6pm Tuesday to Sunday ... 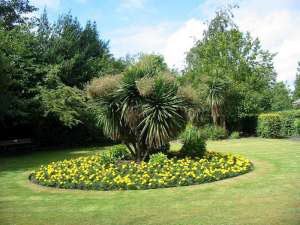 Constructed along 3.7 kilometers of coast, and spread over 80 acres of land, this park is reputed to be the largest park in Asia. Needless to say, it adds considerably to the beauty of the beach. Its attractions include unique rose bushes, lush green lawns, tall trees, beautifully crafted fountains, well placed wooden and stone benches, well maintained restrooms, clean paved pathways, children's p... 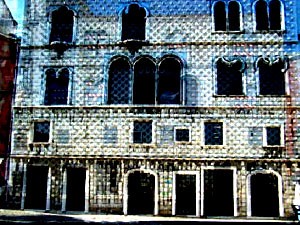 It’s not called House of Points for nothing; some 1125 pyramid shaped stones punctuate the sky. The former 16th century home of the viceroy to India, it now houses a private organisation but if the lobby is open pop in to see remnants of the old Moorish city wall. Tel: +218 810 900 Address: Rua dos Bacalhoeiros 10   ...