Holiday travel out of Dubai is on the increase after three weeks of subdued activity due to concerns over the outbreak of swine flu in Mexico this April.  Dubai tourist agencies report many destinations have been swapped and Middle Eastern countries are favored by most families.  However, corporate travel in Europe and North America are generally the same.

Deputy General Manager for Al Reis Travel said initially there was a 30% drop in bookings for outbound travel, but in the last ten days they have returned to their normal levels.   Mohammad Al Reis said before travelers were very cautious because the disease is a new one “but somehow, they got educated with all the information from the media.” 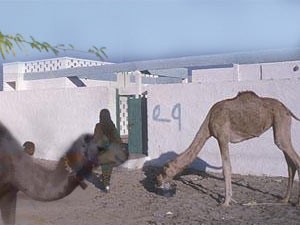 This Village in Abu Dhabi convincingly portrays the itinerant Bedouin lifestyle. The innovative dwellers of Abu Dhabi not only lived a Bedouin existence but also had sundry professions. Heritage Village is an artificially made development that reflects and showcases the country’s traditional past prior to the discovery of oil and the developments that came about with it. It depicts a typical Bedou...

Florence Nightingale was a British social reformer who is believed to be the founder of modern nursing. She was recognized for her talents in tending to wounded soldiers during the Crimean War from 1853-56, fought between Russia and the allied powers of Britain, France and Turkey.   Florence Nightingale has been a celebrity for over 150 years. Her face has appeared on bank notes, paper ba...