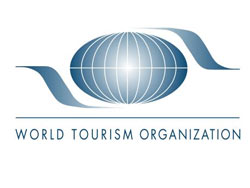 The World Tourism Organisation's (WTO) latest ban on subsidies for Airbus from European governments will not have any impact on any Gulf carriers as the ruling will affect future aircraft developments and not the existing ones.

Max Sukkhasantikul, Consultant — Commercial Aviation, Aerospace and Defence Practice, Frost & Sullivan, said: "I do not think this ruling will have any impact on the Gulf's regional airlines. The orders that they have placed are signed off and would not be affected in any way."

Emirates, the world's biggest customer of A380s and Boeing 777s, has also ordered a large number of A350s which are currently under development. Sukkhasantikul said the A350 orders won't be affected, either. "The WTO verdict on subsidies would, however, affect the new generation aircraft that both Boeing and Airbus are planning to develop."

UAE-based Emirates Airlines and Etihad Airways — the two biggest customers of Boeing and Airbus in the region — declined to comment on the latest WTO ruling.

Central Park. With its lovely carousel, a zoo, two ice-skating rinks, and numerous playgrounds and ball fields, Central Park is a children's wonderland. Bronx Zoo Wildlife Conservation Park. This is one of the great zoos in the world -- and you don't have to be a kid to love it. Intrepid Sea-Air-Space Museum. Climbing through a retired battleship beats the playground any day. With real planes ...

The third oldest ballpark in the United States, Dodger Stadium has been home to the Los Angeles Dodgers Major League Baseball since 1962.  A great place to watch a professional baseball game, Dodger Stadium has also had many of the world’s top music artists perform there including: Madonna, Kiss, The Rolling Stones, the Beatles, the Bee Gees, Elton John, Michael Jackson and U2.   Addr...

The Pigeon Rocks are huge natural formations off the coast of the Corniche andone of the symbols of Beirut.  They stand out like sentinels in the sea. Walking and jogging on this seaside promenade are popular activities. There are a number of restaurants serving local and foreign cuisines and cafés offering a variety of snacks. The shores near Pigeon Rocks have yielded the oldest evidence we ...