Gulf Tourists to the Swiss city of Geneva have been targeted amid a growing surge in crime.  Geneva has an international reputation for tranquility.    A 38 year old man was assaulted on 16 July outside Geneva nightclub, and criticisms over lack of security have provoked controversy and underscored surging street crime.

Geneva is known as a playground for wealthy Middle East tourists and the city is sensitive to anything that might harm its image.    Geneva’s tourist office said Gulf tourists generate about one tenth of its overall tourist revenue – about 250 million Swiss francs, (233 million dollars, or 164 million Euros).  Canton chief prosecutor said Geneva has a reputation as a calm place but there has been a 50% increase in crimes such as assault and theft over the past seven years.  This increase in crime has been most significant in the Paquis and Eaux-Vives neighborhoods, which flank Lake Geneva, the City’s main attraction.

Rajabhai Tower is a clock tower located within the campus of Mumbai University next to the High Court. It was designed by an English architect, Sir Gilbert Scott, and was based on the tower in London housing the Big Ben. The tower which is 280 ft high took around 9 yrs to get constructed. Based on Gothic and Venetian styles of architecture, this tower is built of Kurla stone, a locally available b... 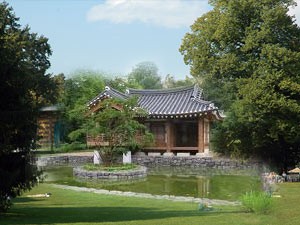 A 29-hectare park in the Westend of Frankfurt, Grüneburgpark was once the meeting place of great German thinkers like Johann Wolfgang von Goethe and Bettina von Arnim and is now a popular recreation spot for Frankfurters. There’s a lovely botanical garden in one corner and the Palmengarten across the street.  ...