March 29- The launched a tourism road show in Riyadh on Saturday night and is planning similar shows in Jeddah, Kuwait, Dubai, Abu Dhabi, and other major Gulf cities.  Michael Morgenstern, counselor at the German Embassy and Stefan Loecherabach with Lufthansa attended the road show.  Germany, which received about a half million Saudi tourists last year, aims to attract even more in 2010-2011.

GNTB director for Asian and Mideast countries, Horst Lommatzch said “The German National Tourist Board is expecting overall growth in overnight stays in 2010-11.”  Lommtatzch said the road shows were organized to boost the growing interest in Germany among Saudi Arabian tourists, and create more awareness about German destinations. Morgenstern also stated that the road show will facilitate networking among industry decision makers in Saudi Arabia, adding that a number of tourism companies from Germany are taking part in the shows around the Gulf.

This too is a private collection consisting of art dating from the Cycladic Era to the Roman times. The emphasis is on the time period of 3000B.C to 2000 B.C. There are over 200 exhibits ranging from marble statues to marble figurines to pottery.   Timings: Daily [except Tuesday and Sunday] Address: Neofytou Douka 4 Admission Tel: 210-722-8321 Website: www.cycladic.gr  ... 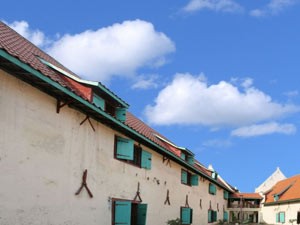 Located at the mouth of the Ciliwung river, this market area bustles with activities related to the sea. The Museum Bahari situated at the harbor, is housed in restored Dutch warehouses dating back to the first trading post of the Dutch East Indies. Address: Jl. Pasar Ikan 1 Jakarta, Java 14440 Indonesia Tel: 62-021-669-3406 Address: Sunda Kelapa Harbor Old Batavia Jakarta, Java ...