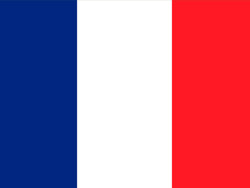 May 14 - French tourist authorities are looking to attract more high-end travelers from the GCC by starting a new drive which will feature information about the country’s various tourist spots. As many as 725,000 tourists from the Middle East went to France last year so officials of the French tourism authority hope to maintain this number this year also. "We are not expecting an immediate surge in tourist traffic to France from the region this year, given the general global slowdown. Our strategy is long-term and we want to create awareness about the immense tourist potential of France and its new destinations in Rhone Alps and Bordeaux," said Karim Mekachera, Director of Atout France, Near and Middle East, the state-owned French tourism body.

Most of the GCC tourists are from the UAE and Saudi Arabia. "Travellers from the region are high-end clientele for France's tourism and this realisation will be the base for our onward strategy to woo the affluent bitten by the travel bug from the Middle and Near East," added Mekachera. He also said that while 2009 was a good year for tourism in France, there was a six per cent decrease in tourist arrivals in the first half of 2009 from the Middle East. "Travellers from the Middle East and Near East are high contributors to French tourism industry in terms of their liberal spending habits and long stays and we believe that their share in the global outbound flows to our country is as yet not unlocked fully," Karim said. People in the GCC region tend to spend more, he added.

This botanical garden, that’s the symbol of the suburb it is named after, houses over 5000 species of plant. Designed by order of Prince Regent Dom Joao in 1808, it’s a quiet place on weekdays but busier on weekends when families come and there is an outdoor cafe. Address: Rua Jardim Botanico 920, Jardim Botanico Tel: 2294 9349 Opening Time: 8am-5pm  ...