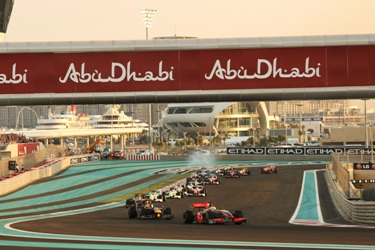 Tickets will be available from a wider range of outlets than ever, including selected Etihad Airways shops, Virgin Megastores across the GCC, Ferrari World Abu Dhabi YMC kiosk, the Yas Hotel and Yas Marina Circuit itself. They are also available from the 800 YAS (927) call centre and from the website at www.yasmarinacircuit.ae.

“The Etihad Airways Abu Dhabi Grand Prix is already an established part of the UAE’s sporting and social calendar,” said Richard Cregan, Chief Executive Officer of Yas Marina Circuit. “And this year’s Grand Prix takes place during the celebration of the 40th anniversary of the UAE, so we hope that people will embrace the Grand Prix as part of their 2011 National Day festivities.”

Grandstand tickets: These tickets will be priced at last year’s level of AED 1,800 for two days and AED 2,000 for three days, with the same pricing for all seats. The circuit is offering a 20% discount for a limited period, with tickets selling at AED 1,440 and AED 1,600 respectively until 31 May.

Paddock Club tickets: Starting from AED 16,900, these prestigious two- or three-day tickets enable race-goers to enjoy a full VIP experience.
“This season is already proving to be the most exciting in recent F1 history,” Cregan said. “We have plans to make the Abu Dhabi event even more exciting than before, so I believe race-goers are in for a real treat at Yas this year.”

The inaugural 2009 Formula 1TM Etihad Airways Grand Prix was named Event of the year by the FIA, the ruling body of motorsport. Abu Dhabi TV was named Broadcaster of the Year by Formula One Management for its coverage of the 2010 event. Both events were sold out and the races were viewed by a global TV audience of hundreds of millions. 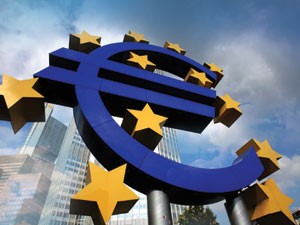 The economic hub of Germany and all of Europe, the European Central Bank is charge of administrating the monetary policy of the European Union. Tours for the bank have to be arranged via tourist agencies in Frankfurt. Address: Kaiserstraße 29 60311     Frankfurt, Deutschland Phone: 069 1344-0 URL: www.oma.eu  ...