July 12 - As summer heats up, more Saudis are traveling outside the Kingdom to spend their summer vacation, with Europe as the favorite destination this year, according to travel officials. Summer vacationers this year have diversified destinations outside of the Mideast. These destinations include Turkey, Australia, Hong Kong, China, Malaysia, Sri Lanka, and South Korea, travel executives said. Europe, however, is the favourite spot, they said.

Destinations in the region, such as Egypt, Syria or the UAE, are not as popular as in the past, travel officials said. "Because of the better exchange rate in Europe, an advantage for visitors, there has been an increase in booking to European destinations by as much as 15 to 25 percent depending on the European countries to be visited," said Essam Al-Hassani, general manager of Minhal Travel and Tourism Agency.

The much-beleaguered euro currency is still in the midst of a long-term downtrend, having plunged almost 50 percent in value since December 2009. Global currency strategists are saying that they expect the euro to decline to $1.13 in the third quarter, $1.08 by the end of 2010 and for it perhaps to go as low as $1.01 next year before rebounding.

This is a fantastic museum showcasing Thai culture and living across various time periods. The garden is not to be missed; beautiful native Thai flowers are grown here. This museum was Jim Thompson's House. Thompson who hailed from New York was stationed in Thailand during WW II and later settled in Bangkok where he revived the Thai silk industry. Art pieces collected by Jim Thompson are also exhi... 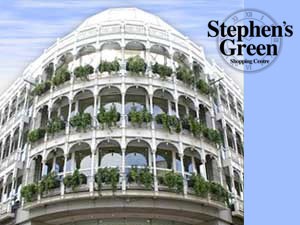 Saint Stephen's Green was a common area on the outskirts of Dublin when it was walled in in 1664.  In the 18th and 19th centuries the are surrounding the park was built up with Georgian style buildings that were home to the city's best off.  Unfortunately, many of those buildings have been demolished since then.  In 1877, the Green was opened to the public by an act of Parliament, t...