The usual contributing factors do not sufficiently explain how Emirates achieved profits this year while others did not.   The usual factors include passengers carried, load factors, yields, and fuel bills.  Other factors such as hotel occupancy rates, baggage handling fees, and consumption rates on coffee and alcohol also help explain Emirates Group success.

Another water puppet theatre show in Hanoi is the municipal show, with performances held regularly, and popular with the locals. Address: 57B Dinh Tien Hoang, Hanoi Tel: +4 3824 9494 ... 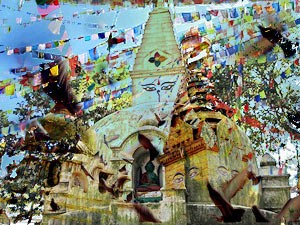 Located outside the ring road surrounding Kathmandu, this Buddhist temple is considered to be one of the definitive experiences of the city. Nicknames the ‘Monkey Temple’ given the mass of monkeys you’ll find, the compound is centred around a white stupa, topped by a spire with the painted eyes of Buddha. It is a great place to see the sun set over Kathmandu and the mystical atmosphere of ancient ...