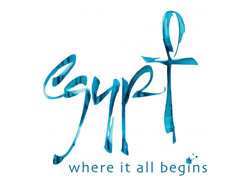 May 4- The Egyptian Tourist Authority (ETA) on Monday announced the launch of its Dh18.3 million ($5 million) promotional campaign called "Egypt: The Beginning of the Tale" to bring in more Arab tourists to the region. This is largely because the number of visitors to Egypt went down by 2.4 per cent in 2009 given the recession, said Amr El Ezabi, Chairman of ETA."We went from 12.8 million visitors in 2008 to 12.5 million in 2009," he said, pointing out that tourism has picked up once again.
The Egyptian city of Alexandria was chosen this year as the capital of Arab tourism by the Arab Ministerial Council of Tourism in order to promote inter-Arab tourism. The aim is, said Al Ezabi, to increase tourists from the Arab world to 15 per cent. The countries being targeted in this regard are Saudi Arabia, Kuwait, the United Arab Emirates, Qatar, Jordan, Libya, Syria and Lebanon.
The campaign includes television and print advertising, in addition to the revamping of ETA's official Arabic website.

This is an exotic shrine popular amongst locals as well as foreigners. People pay their respects to Brahma and take in the grandeur of this shrine.   Address: Ploenchit      ...