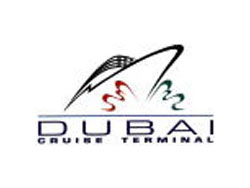 May 30 - DP World’s Dubai Cruise Terminal has won the World Travel Award for “Middle East’s Leading Cruise Port 2010”. This is the third consecutive year that the terminal has won this award.
Talking about the award, Tariq bin Khalifa, Account Director, Account Management, General Cargo, DP World, UAE Region said: “Receiving this award for three successive years proves that Dubai Cruise Terminal remains peerless in the Middle East.  It also reaffirms Dubai’s position as the region’s premier cruise destination.  DP World is truly honoured by this recognition.”
The cruise terminal is situated at Port Rashid and spans over 3,300 square metres. It can deal with four ships at the same time and has a duty-free shop, restaurants featuring Arab cuisine, and conference and communication facilities.

The Montreal Biodome was originally built as a velodrome for the 1976 Summer Olympics.  Along with its neighbor, the Olympic Stadium, the Biodome is a striking example of modern architecture.  After the Olympics, the question arose of what to do with the now abandoned building.  In 1988 renovations began and it opened to the public in 1992. The Biodome is essentially an indoor ...

Named after the famous Russian writer Pushkin, this museum unlike Tretiakov Gallery is home to Russian art in addition to paintings and pieces from around the world. Its internationality means that every visitor will find something worthwhile here. Italian, Greek, French and Egyptian art pieces have been exhibited here. The art of Da Vinci, Remembrandt, Ruben, Van Gogh, Daumier and Renoir in parti...