A top government official reported the Dubai tourism sector is performing well with an average 81% occupancy rate during the first quarter of 2009.   The Director General of Dubai Department of Tourism and Commerce Marketing spoke about Dubai’s tourism sector at a meeting of the Dubai Economic Council on Saturday.

Khaled bin Sulayem said Dubai has maintained the average 81% occupancy rate since 2004 and it is higher than many cities including London, Paris, New York, Tokyo, Singapore and Vienna.   Bin Sulayem said the impact of the global financial crisis has been less in Dubai than in many other countries.   He said “One evidence of the number of visitors to Dubai, which increased 6.9 million in 2007 to 7.5 million in 2008. 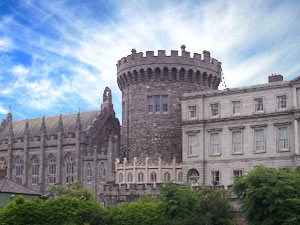 Dublin Castle is steeped in the rich history of Ireland.  It was first built in the early thirteenth century by Normans after their invasion of Ireland.  The original castle was completed around 1230.  The design was typical of Norman fortifications -- four walls with towers in each corner.  The buildings and the purpose of the castle changed throughout the years.  It serv...