Dubai International Film Festival to focus on Germany in 2011 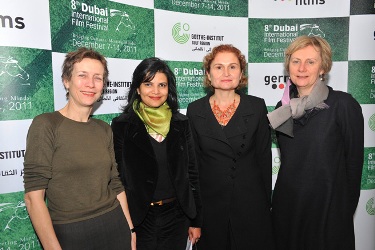 In addition to showcasing contemporary German cinema and talent, the In Focus: Germany presentation will also introduce German producers, distributors, sales agents, studios, scouts, festivals and development agencies to their counterparts in Dubai and the wider Arab world.

DIFF is developing this year’s In Focus segment with the Goethe-Institut, the nation’s cultural ambassador around the world; German Films, in charge of marketing and promotion of German films and its film industry; and the Medienboard Berlin-Brandenburg, one of Europe’s premier film commissions involved in film funding and location development and marketing.

Abdulhamid Juma, Chairman of the Dubai International Film Festival, said: “The Arab world, and the UAE in particular, shares a thriving relationship with Germany across domains from education to exports. We are proud to play our part in expanding these relationships by expanding ties with our peers in the German film industry and facilitating their engagement with the Arab world and its film community through Dubai and the Dubai International Film Festival.”

With DIFF growing in both its industry dimension through the Dubai Film Market and its public-facing dimension via its success in screenings, workshops and other events, filmgoers and the region’s talent and businesses will benefit from the relationship.

DIFF Managing Director Shivani Pandya said: “German organizations, producers and investors from The World Cinema Fund to ZDF/Arte have long supported filmmakers from around the Arab world through co-productions, funding, broadcast and knowledge sharing, and this year’s DIFF focus is both a recognition of their valuable support and an effort to boost these collaborations,” she said.

“We have assembled a combination of outstanding and prestigious partners both in Germany and at home in the UAE to help shape this platform, and are confident it will help us discover many more points of mutual interest and exchange.”

Susanne Sporrer, Director of the Goethe-Institut Gulf Region, said: “DIFF gives us a wonderful opportunity to present for the very first time the variety and quality of German cinema in a concentrated way in the United Arab Emirates. It is our aim to make the international audience in the Emirates more familiar with German film in general. At the same time we want to encourage German filmmakers to get a deeper insight into a culture which is still not very well known in Europe. Since the film sector in the Emirates has been developing amazingly in the last years it is definitely an intriguing time to experience the new creative energy in this part of the world and to boost mutual understanding.”

Germany, the third largest economy in the world and the largest in Europe, is also a country of cinema legend, with a history dating back to the 1890s and a tradition of major technical and artistic contributions to world cinema including the 61-year-old Berlinale, one of the world’s leading film festivals. Films from around the Arab world have been a consistent feature at the Berlinale, and this year’s roster includes UAE national Khalid Mahmood’s award-winning short Sabeel.

The eighth edition of the Dubai International Film Festival will be held from December 7 to 14, 2011. DIFF is held in association with Dubai Studio City. Dubai Duty Free, Dubai International Financial Centre, Dubai Pearl, Emirates Airline and Madinat Jumeirah are the principal sponsors of DIFF. The Festival is supported by the Dubai Culture & Arts Authority. 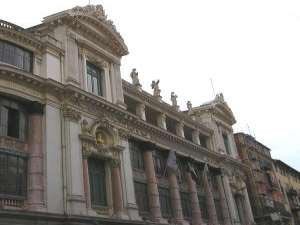 This museum displaying Chagall's works is one of the most popular museums in Nice. Marc Chagall was a Russian painter who died in 1985 in a town close to Nice. He is famous for his paintings which have their inspiration in Jewish legends.  His work is displayed on huge canvasses at the museum and this is a must-see on the list of things to do. Avenue Docteur-Menard Nice 06000 Franc...

Deutsches Museum This museum is the largest museum of technology and natural sciences in the world. There are a vast number of machines, equipment, models and reconstructions on display ranging from telecommunications to space travel and covering everything else in between. There are a number of interactive exhibits as well and children would love to explore this museum. Museumsinsel 1 ...