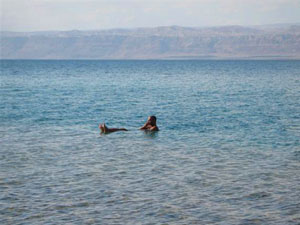 July 5 - The Dead Sea Development Company (DSDC) is scheduled to announce two large-scale projects with investment plans that will exceed JD60 million, officials in the company said on Wednesday.

Amwaj International, a Jordanian real estate developer, will invest JD50 million to build a resort at the Dead Sea Development Area, according to the DSDC Chief Executive Officer Taha Zboun.

The DSDC, the investment arm for the Development Zones Commission, signed a JD1 million agreement with the US-based Sasaki Consortium yesterday, to draw up the area's master plan and pave the way for larger investment flow into the Dead Sea Development Area (DSDA).

For the Beatles and John Lennon fans in particular this museum will be a rare treat. Opened in 2000 under the patronage of Lennon’s wife Yoko Ono- the Museum showcases the life of this musician; his personal life as a husband and father, as well as his life as a musician and as a protestor. Pieces include lyrics hand-written by Lennon himself, his jacket, passport, his glasses and guitars. Tim...

Located in the East End of London, Whitechapel Road is home to a vibrant and somewhat chaotic street market. Buildings along the road date back to 1670, and the areas past residents include Joseph Stalin and George Orwell.     Whitechapel Road today is heavily populated with Middle Eastern, Asian and African residents, so you’ll find market stalls selling food, fabric and jewelry fro...

Fontana della Barcaccia ia a Baroque fresh-water fountain in Rome in the Piazza di Spagna, just below the Spanish Steps. Its shape resembles a half sunken ship with water spilling from its sides.The fountain is the work of Pietro Bernini and his son Gian Lorenzo Bernini. Water flows out unhurriedly from this fountain, giving the visitor a sense of peace and tranquility. Legend goes that before t...