The Dubai National Air Travel Agency (DNATA) was set up in 1959 to help provide personnel and systems for reservations, departure control and IT in order to give Emirates a boost.  It is known by the maternal nickname, ‘mother of Emirates Airline”.   Over the years the company became such an accomplished and diversified provider of airport and travel services that it became known as ‘the airline without aircraft’.

President of DNATA and Emirates Group Services said “It was effectively an airline.  It was the sole ground handler at the airport, it had all the departure control activity, it did everything.  It was the agent for nearly every airline in Dubai. It just didn’t have aeroplanes.”   DNATA still does not have areoplanes but is extremely profitable  The company generated revenues of Dh3.16 billion (US$860 million) last fiscal year, 24 percent higher than the previous year.  Profits increased 66 percent to Dh507 million - very desirable returns during the worst economic downturn in 70 years. 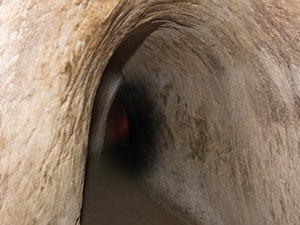 An hour and a half drive outside the Ho Chi Minh City center, this elaborate network of underground tunnels was used by the Vietcong as communications routes, supply routes, and living quarters during the guerilla operations of the Vietnam War. Not for the claustrophobic, tourists can squeeze down the hatches and into the tunnels for a view of these remnants of the war.     &nb... 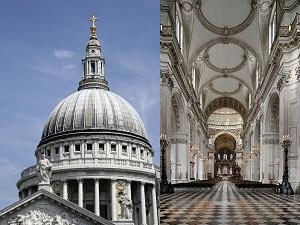 The fifth and current iteration of St. Paul’s Cathedral was consecrated in 1708, but the diocese of St. Paul’s has been in existence since 604AD.  After the Great Fire of 1666, the decision was made to rebuild the cathedral from scratch rather than trying to restore the severely damaged Gothic version.  The new design, by architect Sir Christopher Wren, was a Greek cross in the Baroque R...