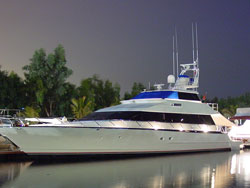 April 24- French holiday group Club Med cancelled a cruise to Lebanon on Thursday after Jewish groups were outraged given the ban imposed on passengers with Israeli groups. Earlier, the company had announced that all those passengers with either Israeli visas or passports could not board its boat, the Club Med II, for the Lebanon leg of the cruise given restrictions imposed by Lebanese authorities.

As a result, the Simon Wiesenthal Centre, an organisation that works against anti-Semitism and the Representative Council of Jewish Institutions in France, created furor over the ban. "Lebanese authorities will not admit on their territory... passport holders with a visa or Israeli stamp. These will be prohibited to board the Club Med II,” was the warning issued by the French company, which the Wiesenthal Centre said was "offensive language" and demanded an apology Club Med "for the offense to world Jewry of your travel advisory."

Finally, Club Med cancelled the Lebanon leg of the cruise.

Completed in 1790 by Dona Maria I (her tomb is here) in gratitude for the male heir, this neoclassical church is a beautiful mix of pink and black marble. Opposite is the Jardim da Estrela (7am-midnight) which is a great garden to relax in, along with a playground for the children. Address: Praca da Estrela Tel: +213 960 915 Opening Times: 8am-1pm, 3-8pm Admission Prices: free  ...

The largest museum in Bahrain, the National Museum is a must-see for history enthusiasts; it is a goldmine of archaeological discoveries and Bahraini cultural relics. The Museum contains most remarkably, an entire dug up tomb as well as intricately carved seals and Sumerian, Babylonian, and Assyrian writing that assert Bahrain’s trading history. Other treasures include; the dioramas of Bahraini cr... 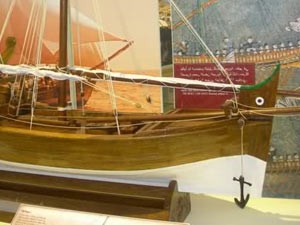