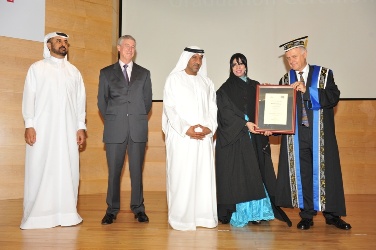 The Emirates Group Security Centre of Aviation and Security Studies and Edith Cowen University awarded diplomas to over 130 graduates today, including 18 UAE Nationals.

During the graduation ceremony, held at the Emirates Group Headquarters, His Highness Sheikh Ahmed bin Saeed Al Maktoum, Chairman and Chief Executive, Emirates Airline and Group and Professor Kerry Cox, Vice Chancellor of Edith Cowan University, presented diplomas to the students for their completed studies in one of three courses of study: Aviation Security Management, Ground Handling and Business. This marks the first graduating class for the newly offered Business Diploma programme.

Students worked to earn their diplomas over the past year in an unique course programme which included both seminar and independent studies; enabling them to undergo their studies while maintaining employment. The graduates come from a variety of backgrounds:
• 17 from Emirates Group Security
• 17 from Emirates Cabin Crew
• 4 from Emirates Flight Deck Crew (Pilots)
• 20 from Emirates Airport Services and outside stations
• 49 from elsewhere in Emirates and the dnata organisation
• 25 external to the Emirates organisation

The diploma programmes are offered via a joint partnership between Emirates Group Security and the Edith Cowen University (ECU). The two organisations began their cooperation in 2001 in order to address the growing demand for highly-qualified security professionals. The relationship between Emirates and ECU flourished and led to the establishment of the Centre of Aviation and Security Studies in August 2007.

“We look forward to the future success of these individuals in the Security field,” he added. 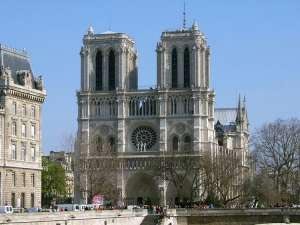 The Notre Dame cathedral is one of the city's oldest churches.  In the twelfth century, Paris was growing and consolidating its power as France’s capital.  The new bishop, Maurice de Sully, decided to build a new cathedral.  Construction began in 1163, and it was not finished until the mid-1300s.  Notre Dame is one of the earliest examples of Gothic architecture and its trademark flying ...

“Give me your tired, your poor, your huddled masses yearning to breathe free….”  Thus reads ‘The New Colossus’, a sonnet by American poet Emma Lazarus to commemorate the famous landmark.  Though not its initial intent, the Statue of Liberty quickly became a symbol of immigration and the American Dream as new Americans passed by on their way to Ellis Island. The Statue of Lib... 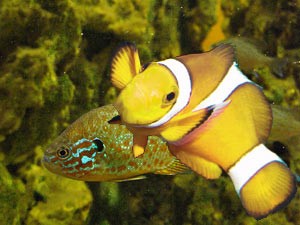