Castor Fantoba was crowned champion of the inaugural FAI Desert Challenge after two days of intense competition at the 2011 Al Ain Aerobatic Show which concluded on Saturday, Feb 5. Flying a Sukhoi 26, the Spaniard recorded an overall score of 70.85%, just 1.82% ahead of second place Gerald Cooper in his CAP 232.

Although the show was delayed by a day due to bad weather, the aerobatic skills of the competitors enthralled the large audience which witnessed the show over the weekend.

The ninth edition of the show featured more than 25 aircraft, including some of the world's best aerobatic and formation teams. Taking centre-stage was the multi-discipline FAI Desert Challenge, which saw six of the world’s best pilots flying in classic and free-style competition formats.  They were joined by fighters from the

Kids of today love to play in water. Diving in the sea waters isn’t something that kids get to do everywhere. But Sharm El Sheikh has several places where kids could go for water recreational sports. Such places have trained lifeguards to avoid any accident or casualty. ...

Central Park, Hyde Park, Jardin d’Luxembourg, Chapultapec – Parc du Mont Real stands alongside any of the world’s great parks.  Mont Real (or Mount Royal) is one of the city’s great icons.  Jacques Cartier scaled the peak when he arrived in 1535, naming it for the king of France.  The hill has served as a beacon for the city ever since.  It stands 233m at its peak, a height tha... 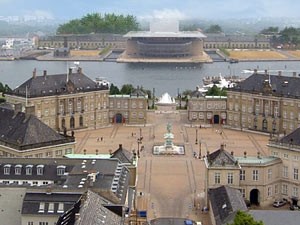 Consisting of four palaces in close proximity of each other, the Amalienborg Palace is the accommodation of the Danish royal family during the winters. Overlooking a courtyard, there is a square monument of Amalienborg's founder, King Frederick V. at the centre. Address: Chr VIII's Palæ  ,1257 København K Telephone: +45 33 12 21 86 Transport: Metro Kongens Nytorv + five minutes walk ...

Harry Potter fans can not miss this! Platform 9 ¾ at King’s Cross Station is where the legendary Hogwarts Express departs on its journey to the magical world of Hogwarts. Unfortunately, the platform isn't accessible to us muggles.  We're left to stare at the platform 9 ¾ signboard and imagine what lies beyond!   A massive redevelopment program has changed the look and feel of the Kin...