Canadian visa rules may be relaxed for Saudis

May 27 - Saudi citizens may be issued multiple-entry temporary resident visas for Canada soon with a validity of five years, it was learnt on Wednesday. The new ruling will also include people going to Canada to work or study. "The new visa regulations will greatly facilitate movement between our countries, promote better understanding and bolster our strong relationship. It will be easier for Saudis studying in Canada to travel back and forth and for Saudi business people to work with their Canadian partners," said David Chatterson, Canadian ambassador to the Kingdom.
Until now, visas to Canada have  an 18-month validity period. There are currently about 8,200 Saudi students in Canada, of which approximately 750 are medical doctors. Around 2,000 additional students are expected to go to Canada this year.
Meanwhile, KSA is Canada’s second-largest trading partner from the region with two-way trade amounting to more than $2.6 billion in 2009. 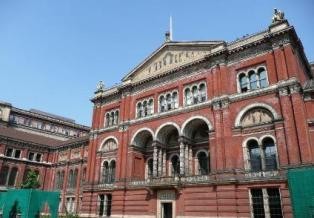 The Victoria and Albert Museum first opened in 1852 and moved to its current location in 1857.  Queen Victoria herself officially opened the museum on June 22nd.  From the beginning, the museum focused on more practical decorative items – metalwork, furniture, textiles, etc.  It catered to ordinary working class citizens, reflected in its evening and nighttime opening hours (enabled by gas lightin...