The cabinet approved establishment of the  Ajoun Special Economic Zone on Tuesday.  It is expected the new zone, which was launched by His Majesty King Abdullah early in the month, will bring in about JD1.4 million in tourist revenues annually, and over the next fifteen years attract billions of investment dollars, creating thousands of jobs.

Twenty four tourism projects are planned for the zone, including a 2,000 dunum tourism city which will have 900 hotel rooms, restaurants, and other entertainment facilities.  Ajloun is home to much of the Kingdom’s limited greencover and the construction will take into account all environmental considerations.   The Ajloun zone includes about 280,000 dunums of forest area, more than 70 villages, and extends into Jerash and Ibin governates. 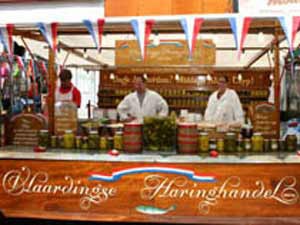 This street market is one of the most popular in the whole of Holland. Started in 1903, this market now has over 300 stalls on both sides of the street. These stalls sell everything from clothes, cosmetics and chocolates to fruit, fish and vegetables. The market is a good place to test your bargaining skills. The market is open from 9.30 am to 5 pm, Monday to Saturday. Due to bad weather during wi...