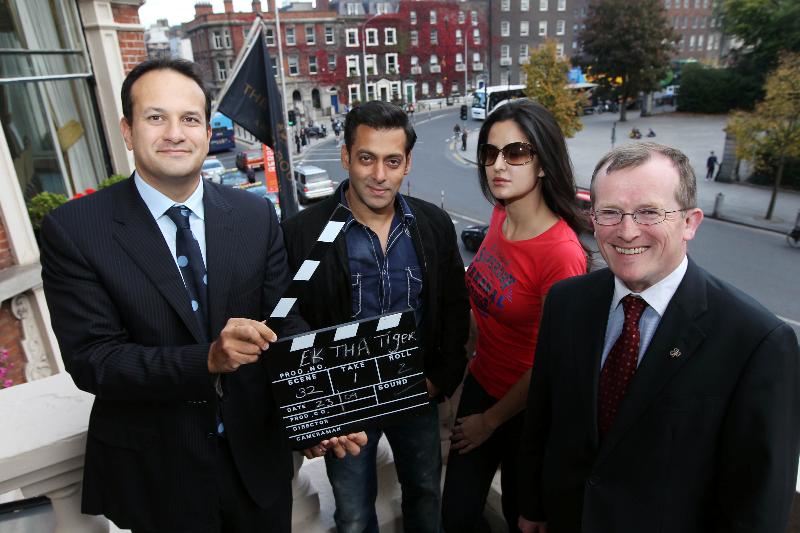 Dublin is providing the backdrop for a brand new Bollywood blockbuster called Ek Tha Tiger (meaning 'Once There Was A Tiger') which is being shot in the city this month.  Filming kicked off here in early September and the film will ultimately be released in 24 countries worldwide, reaching a massive audience of over 100 million people.

This is the first time that a major Bollywood production - featuring two of India's most celebrated actors, Salman Khan and Katrina Kaif - has been shot in Ireland.  Tourism Ireland is confident that it will help to significantly boost awareness of the island of Ireland among India's growing middle classes who have the potential to come here on holidays.  Dublin will be portrayed as a modern and vibrant city, rich in history and culture; scenes are being shot in Trinity College, Temple Bar and other locations around the city.

Minister for Transport, Tourism and Sport Leo Varadkar said: "It's a genuine pleasure to see a major Bollywood film being shot in Ireland, but it's also great news from a tourism point of view.  This film will be watched by millions of people in India and around the world, providing a global platform for Ireland as a visitor destination.  The Indian film industry is the largest in the world after Hollywood but this is the first film of its type to be made in Ireland.  I want to make the actors and crew welcome in the hope that others will follow in their footsteps."

Given that countries like Switzerland, Britain and New Zealand have all reported a significant, positive knock-on effect on tourism from India following the shooting of Bollywood films in their regions, Ek Tha Tiger has considerable potential to attract more Indian tourists to Ireland.  Niall Gibbons, Tourism Ireland's chief executive, said "Bollywood is deep-rooted in the psyche of most Indians and the films have a considerable influence on Indian travellers when they are deciding on their holiday destination.  We are confident that the footage shot here will help whet appetites and create a curiosity among Indians to come and visit the places where the colourful 'Ek Tha Tiger' was shot.  We are delighted to have co-operated with the Irish Film Board in securing this important film for Ireland which was also made possible through strong support at Government level."

TV and film are recognised as strong influencers on prospective visitors to Ireland; while around half of our visitors from overseas say that word of mouth influenced their decision to come here, another 20% say they were influenced by film and a further 14% by travel programmes on TV and radio (source: Visitor Attitude Survey 2010 - Fáilte Ireland).  Tourism Ireland has been liaising closely with the Irish Film Board and Northern Ireland Screen in recent years, to attract and facilitate film-making in Ireland and to further exploit the marketing potential of TV and film productions locating here.

Tourism Ireland also works closely with TV and production companies to facilitate the making of films and programmes on the island of Ireland.  A number of programmes have been made here in recent years as well as reality TV shows, and a number of European TV and feature films have also been shot here.  All have aired to millions of potential visitors around the world in primetime slots and, in addition to helping to secure the film or programme for the island of Ireland in the first place, Tourism Ireland also dovetails its marketing activity to the viewing schedule to maximise benefits for tourism to the island.   In general, promotional tie-ins with film and TV productions offer a cost-effective way to reach mass audiences, particularly in emerging markets like India where raising awareness of the island of Ireland as a holiday destination is the first step in a longer-term campaign to attract more visitors.

This is one of the most important features of what was formerly known as the Imperial City. A portrait of General Mao, Chinese communist hero, now stands mounted above the central door via which the Chinese emperor in ancient times would enter through. This gate is especially famous since it is the site where in 1949 Mao declared China to be the People's Republic of China. The columns are beautifu... 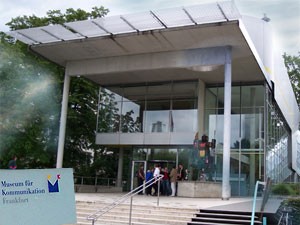 A very unique museum of its kind, the award-winning Museum for Communication exhibits the various kinds of communications present in today’s world and how each evolved into its current form. The importance of communication and its history is a major field of study for specialists so this museum holds special importance in the academic arena. As a practical display, old models of fax machines, phon...