Indications of the downturn can still be seen amid the glamorous Emirates Boat Show, which opened in Abu Dhabi on Wednesday night.  A sign hanging over the Duretti 85, a 25 meter super yacht parked at the Abu Dhabi National Exhibition Center marina reads “Special Offer: Dh 6 Million”.  Shaju Sreedhar, Purchasing Manager at Dubai Marina, which makes the Duretti, attributes the ‘special offer’ to the recession, explaining that only two years ago, these boats with luxurious entertainment systems, dining lounges, and other comforts cost Dh6 million.

Similar special offers can be seen in Boat Trader magazine, which has advertisements emblazoned with “Reduced Price” and “Big Discount”.  Manufacturers say the boating industry is only now beginning to emerge from the economic downturn.  The wealthy continue to spend millions of dollars on high end boats, but sales of smaller boats aimed at the middle and upper middle class are just starting to recover. General Manager for yacht builder Sunseeker Middle East, Francesco Pitea, said “The rich are still rich, the middle class are strong but scared.”

The Tung Choi Street in Kowloon is full of cheap women's wear.  ... 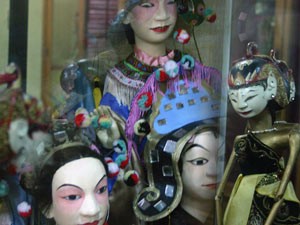 This museum is dedicated to puppetry, one of Indonesia's most famous traditional art forms. On display are the wayang kulit shadow puppets, three-dimensional wooden puppets and special dance masks. Wayang performances are presented on Sunday at 10 am. ...