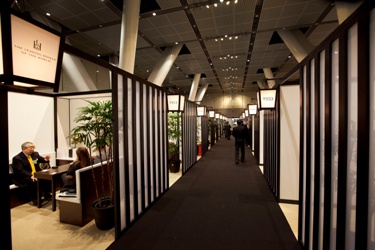 The first ever Blossom Japan, a brand new exclusive event that brought together the top names from the international travel industry and their counterparts in Japan, kicked off last week with 400 local and international guests convening for the first ever appointments-based international event for Japan's inbound and outbound luxury travel market.

International exhibitors including Amanresorts, Silversea, dmAfrica, Park Hyatt, Sun International and Japanese exhibitors such as Hotel Tsuruga Group, The Terrace Hotels and Wanosato held some 6400 appointments over three days with top Japanese and international luxury travel buyers.
"We had 90 meetings with Japanese buyers lined up, including many companies that we have not dealt with before - so I believe this should be a very worthwhile event for us," said Steve Odell, Senior Vice President of Asia Pacific of Silversea.

The event was officially opened by special guest of honour Hiroshi Sato, Vice Governor of Tokyo with a ribbon cutting followed by a traditional sake ceremony.
Jay Martens, Event Director of the first highly successful Asia Luxury Travel Market (ALTM), and now CEO of Lucioles, the company that conceived and arranged Blossom Japan said:
"We are truly excited that after two years of planning, research and sheer tenacity we have delivered this event, which by all accounts in terms of the quality of buyers and exhibitors and the very enthusiastic response we have received from the industry, fills a much needed gap in the market".
Commenting on the launch of the show, Professor Yoshihara Tsuboi, Chairman of the Blossom Japan Welcome Committee, said: "We would like to send a very clear message that Japan truly welcomes international travellers, even if we have not always known fully how best to welcome them".

"Blossom Japan is a welcome step in bridging the gap between the Japanese and international travel industries and I believe marks a new era for us".
Japan remains an extremely important outbound market for luxury travel, and has the second highest concentration of high net worth individuals in the world after the US, according to research findings presented by guest speaker Helge Fluch of Japan Access, a company that advises international companies on marketing strategies to HNWI in Japan.

"Yet because of the complex nature of Japanese society, Japan remains one of the hardest markets in the world to penetrate," he said.
Similarly, despite having a tremendously unique and diverse offering, Japan as a country does not receive as many international visitors it could because of the difficulty in gaining access.

"In the past, Japan has not really gone out of its way to promote the country to international travelers because we have been able to thrive from our own domestic market, but I believe that's now changing and Japan is starting to adapt and wants to be more open to international luxury travelers," said Yoshihara Hoshino, President of Hoshino Resorts.
The event is supported by several of Tokyo's leading hotels including Four Seasons Hotel Tokyo at Marunouchi, The Peninsula Tokyo, The Ritz-Carlton Tokyo, The Imperial Hotel Tokyo, Mandarin Oriental Tokyo, ANA Inter-Continental Hotel, Park Hyatt Tokyo and the brand new Capitol Hotel Tokyu.
The event included exclusive networking parties held at these luxury hotels in the evenings.

"The journey to realizing the first Blossom Japan has not been easy to say the least, but we got there in the end and we are delighted to have made this event a reality despite the many challenges presented," said Jay Martens.

"One of our local exhibitors, L'Hotel du Lac has just finalised their English website www.lhotel-du-lac.com in preparedness for the international buyers they will be meeting with at Blossom Japan. It is exhibitors like this and other partners who placed their trust in us that have made this event a reality and so helped us with our vision to help the world get better access to Japan's amazing tourism product.
"We would like to thank and acknowledge the support of the Japan Tourism Agency (JTA), Tokyo Metropolitan Government (TMG), Ministry of Economy, Trade & Industry (METI) and Tokyo Convention and Visitors Bureau (TCVB) for their continual support for Blossom Japan".

Mount Namsen located in the center of the city, is considered to be a symbol of Seoul. It rises nearly 300m above sea level and offers an excellent opportunity to get a bird's eye view of the city from the Observation Deck of the Seoul Tower situated at the top. It is an island playing host to nature in the middle of urban districts, with several wild animals living in the park. The mountain is fi...

The Smithsonian Institution's National Air and Space Museum is home to the largest collection of air and space artifacts, including the Wright Brothers' first airplane asnd the space suit that Neil Armstrong wore during his historic walk on the moon. Jefferson Drove on the National Mall Tel: 202.633.1000 (voice/tape) or 202.633.5285 (TTY) Website: www.si.edu ... 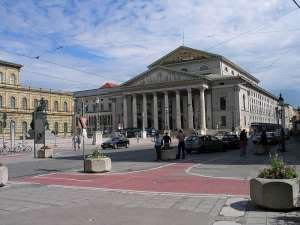 Munich's opera history began in 1651 and since then has seen performances, including thoseof Verdi, Cavalli, Mozart, Beethoven, Wagner and Strauss. These composers make up a great share of today's programs. The Bavarian State Opera presents over 350 performances a year. Timings: Mon-Fri 10.00 -18.00, Sat 10.00 -13.00 Advance sale commences one month before the performance Tel: ...