Leaders in the hospitality industry say the governments proposed ban on alcohol would cause severe job losses.  The government proposal would ban the sale of alchohol at hotels, restaurants, clubs, and off-licenses, and was unanimously approved by MP’s on Tuesday.  Next the Cabinet considers the proposal and they have the power to reject it.

Managing Director for the Bahrain Institute of Hospitality Management said if the ban is approved it would decimate the hospitality industry. Qutob Dadabhai said many jobs will be lost because the sale of alcohol “has a knock on affect on food and retailing in the country.”  Nearly 25% of the country’s working population is employed in the hospitality sector, and many are Bahrainis. 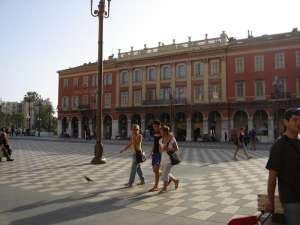 This square is the heart of the city of Nice and was built in 1832. Located here is a pedestrian zone lined with shopping places, restaurants and cafes. You can walk around this square admiring the wonderful architecture, fountains and statues. It looks especially amazing in the evening. Also located here is the famous 'Fountain of the Sun'. Massena Square Near Promenade Des Anglais&nbs...

Aquopolis - If you and your children enjoy having some water related fun, then Madrid's two water theme parks are the place to go. Here you will find all the different rides that make water parks so much fun. One of the parks is located in San Fernando de Henares, 15 km (10 miles) from Madrid. The other is in Villanueva de la Canada, a 35 km drive (20 miles) from Madrid.   Avenida de la...