According to the Guiness World Records, Alain Spiderman Robert has climbed more than 100 towers, skyscrapers and monuments without any ropes or suction devices and has been arrested numerous times for his stunts which have raised hundreds of thousands of pounds for charity.

Scaling the 828 meters tall Burj Khalifa was a true challenge for the Spiderman since a thick blanket of dust had been covering the region since the last couple of days. Despite the dust storm, Alain Robert was determined to highlight the inborn potential of man to overcome any challenge and he proved it one more time in front of the thousands who had gathered below to see this historic climb.

This climb was held as part of the "Education Without Borders" international students conference organized by the UAE Higher Colleges of Technology.

Address: inside the Abbasi Hotel, Chahar Bagh Avenue Timings: 9am to 5pm The Abbasi Hotel houses a splendid museum that displays some of the most beautifully restored specimens of the Holy Quran. The samples are done in a variety of calligraphic styles, including the popular Nakshi, Kufic, and Mohaqqiq, and exhibit the changes that occurred in the fonts as time passed. A Special section ...

are a fascinating place, and the most visited of all the zoos in Europe. More details in the ‘What to do with kids’ section. ... 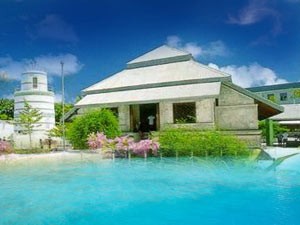 The oldest mosque in Maldives is the Hukuru Miskiiy. This mosque was built in 1956 when Sultan Ibrahim Iskandhar I was the ruler of Maldives. The fine lacquer work and intricate woodcarvings in the mosque attract a lot of visitors. The interior and exterior walls of the mosque, built with coral stones, are beautifully carved with Arabic writings and other ornamental designs. The doors, window fram...