The Al Ain Wildlife Park and Resort welcomed three new members – a pair of Chilean flamingos and a white bellied bustard. The resort is home to 4,300 members of the animal kingdom.   The Chilean flamingos were born to a first time mother in the park one month ago and are in good health.  The birds grow to between 110 cm and 130 cm in height and their colors range from pale pink to dark pink, depending on their diet.    They are listed as “near threatened” because of pollution and loss of habitat.

The white bellied bustard chick was born weighing less than 60 grams and can be seen with its mother in the aviary with the grey parrot, near the gibbon exhibit.  This bird is similar to the endangered Houbard bustard in the UAE, Central Asia, and North Africa. The chick has black facial markings unusal for a female, and a distinctive white belly and blue grey neck.

The area of Waterfront consists of many sights and attractions. A very famous one is the Holmen which is a place near the harbor where one can spend a relaxing and peaceful vacation. An excellent place to roam around with a loved one and dine out in one of the exquisite restaurants lined up.                    ... 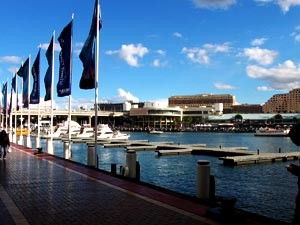 This gorgeous strip on the harbor is always buzzing and full of energy. The numerous restaurants, shops, and bars have caused it to become a tourist magnet. Yet, this does not imply this harbor is not enjoyable. On the contrary, it offers pleasant walks, tasty (and reasonably priced) dining venues with views to the harbor, and a booming nightlife that ranges from casual to posh. Transport: City...