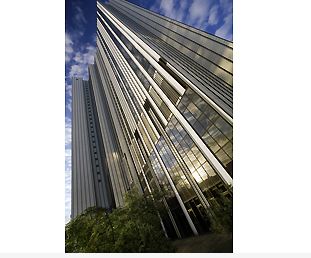 Accor, the world’s leading hotel operator and market leader in Brazil, opens its 150th hotel in Brazil with the Novotel Porto Alegre Aeroporto and celebrates 34 years of presence in this country.

Accor opens the 11th hotel of its midscale brand Novotel in Brazil with its historical local partner, Atrio Hotéis, specialized in the development and management of hotels, and with Prisma Engenharia, a real estate company. Both partners invested BRL 30 million to develop this 166-room hotel.

Strategically located in front of the Salgado Filho International Airport, Novotel Porto Alegre Aeroporto brings in its essence special focus on spaces of events through the successful Meeting & Novotel offer, a differentiated proposal in organization of small and medium meetings. According to the chain’s international standard, this new unit offers free WI-FI to customers, webcorners with Mac computers and free internet access in the lobby. Also targeting a family clientele, the Novotel Porto Alegre Aeroporto has a space especially intended for the well being of this public, with playful games and X-Box 360 videogame.

The opening of the Novotel Porto Alegre Aeroporto is a landmark for Accor who opened its first hotel in Brazil 34 years ago, under the Novotel brand, with the Novotel São Paulo Morumbi. The Group is present in Brazil with 150 hotels under the Sofitel, Pullman, Novotel, Mercure, ibis and ibis budget/Formule 1 brands. In 2011 alone, the group opened 9 hotels (1,300 rooms).
With 80 projects under development and three major contracts for the development of 25 ibis budget in Brazil, the Group is targeting a network of 250 hotels in Brazil by 2015.

“Brazil is living a time that favors sufficiently business in general and specifically the hotel industry. The rise of the GIP reflects directly on the increase of demand and favors development of the hotel industry.” declared Roland de Bonadona, Chief Operating Officer for Accor in Latin America. “The expansion of the hotel management sector has been driven positively by the country’s good political and economic context, synonymous of larger investments and greater confidence of investors; by the development of the country’s middle class, which propelled the economic segment; by the growing demand of large centers; and without any doubt, by the proximity of huge events like the FIFA World Cup and the Olympics, which have pulled in investments in infrastructure in Brazil”, Roland de Bonadona relates.

Among those expansion projects, Accor has recently signed franchise agreements with three local partners (Atrio, Souza Maria and Martins Hotéis), for the development of 25 ibis budget (2,400 rooms) in the country. The total amount invested by these partners sums up to BRL 200 million. Those hotels will open in the next four years and will meet the demand for business tourism and hotel management in small and medium sized cities, with a population of 100 to 500 thousand inhabitants. ibis budget Sertãozinho should be the first to open its doors in the first half of 2013.

To escape the heat of the city this Sail Island in the Red sea area is the best retreat for the family where they can eat in the extensive food courts, swimming pool, use children’s area or see the performances in the performance area. The name is derived from the 24 meter high sails that cover the pool and seating area.  ...

Despite the immense development plans taking place in the city, Stavropoleos Church has the same old and soft aura to its structure. Located in the old center, the church has a number of decorations and sculptures that are worth admiration and have been present for time immemorial.                     ... 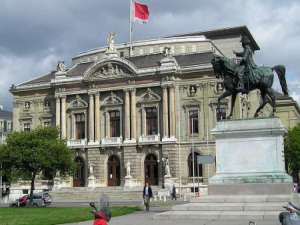 The Rath Museum is the first ever museum to be dedicated wholly to the fine arts in Geneva, in 1826. The building on its own is a masterpiece of architecture. It is located near the city's only remaining ancient rampart walls. The museum contains classical examples from Swiss art and design. Recent ongoing exhibitions from around Europe are also held here.   Location: Place Neuve 2 Tel... 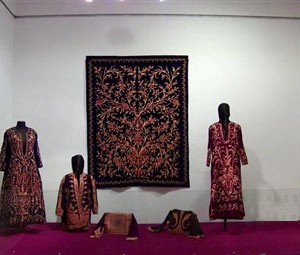 The Museum of Turkish and Islamic Arts is housed in a grand palace that was a gift for Ibrahim Pasha from his close childhood friend, and father-in-law, Suleyman the Magnificent.  It was designed by Sinan, Turkey's most famous architect, and completed in 1524.  Pasha, who served as Grand Vizier, did not get to enjoy his palace for long, as he was murdered in 1536, accused of plotting aga...