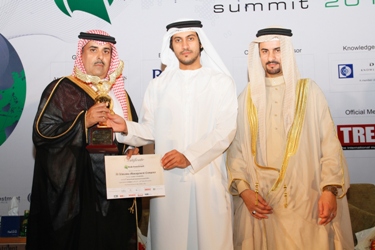 Al Khozama Management Company (AKMC), a leading luxury commercial property development, investment and management company in the Kingdom of Saudi Arabia, added a further accolade of excellence to its list of awards after being nominated Leader in Hospitality at the recent Arab Achievement Awards held in Abu Dhabi.

The awards recognise the excellence of companies and institutions in diverse sectors that own, manage and create projects that have had a significant impact on the development of the Arab world.

Abdullah Al Muhana, Director of Human Resources at Al Khozama Management Company, accepted the awards on behalf of the company from HH. Obaid Al Sheikh Al Nuaimi and H.E. Juma Mohammed Al Kait, Assistant Undersecretary, UAE Ministry of Foreign Trade.
Musaed Al-Said , CEO of Al Khozama Management Company said: “The Arab Achievement Awards are significant for their recognition of real contributions to the development of the Arab Region. AKMC continues to play a leading role in the hospitality industry in the Kingdom, resulting in recognition both regionally and internationally.”

In addition to the Arab Achievement Award received by AKMC this month, the company is the recipient of more than 20 regional and international excellence awards in 2010 and 2011.  Most recently, the  AKMC received a further three World Travel Awards in 2011, four awards at the inaugural Saudi Excellence in Tourism Awards of Saudi Arabia’s Supreme Commission for Tourism & Antiquities, and was awarded “Best in Hospitality & Tourism” at the KSA CEO Magazine Awards. 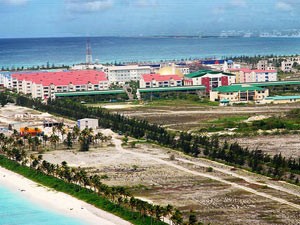 Hulhumale is an artificial island located in the south of North Male Atoll. The island was restored to create more room to meet the existing and future housing, industrial and commercial development needs of the Male region. The official settlement was inaugurated by President Gayoom on May 12, 2004 and the development and management of the island is being undertaken by a Government owned corporat... 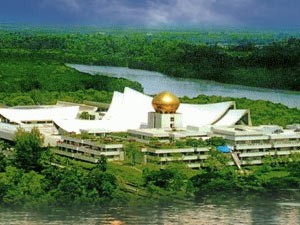 The residential palace of the Sultan, this place is located south of the city centre. It is not possible to enter, except at the holiday of Hari Raya Aidilfitri, but the huge size of the palace attracts tourists to take a picture in front of the gate. ...

This museum was built in the 19th Century. This is the most famous of the museums in Moscow and home to Russian art solely. It houses the paintings and masterpieces of incredible Russian artists from different time periods. These include: Vrubel, Kadinsky, Malevich, Kuindzhi and Repin. The collection is fabulous and one should spare an entire morning or afternoon to do justice to it.   Timi...