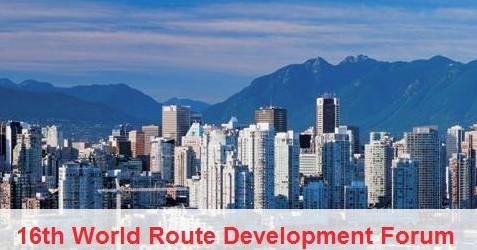 “The World Routes Airport Marketing Awards are widely recognized as one of the industry’s most important honors. OAG is privileged to be involved in this ceremony and to pay tribute to the world’s best and most innovative airports, whose dedication to route development is exceptional, and ultimately benefits the entire aviation industry,” said Peter von Moltke, chief executive officer, UBM Aviation, parent company of OAG.

The World Routes Airport Marketing Awards are internationally accredited and widely accepted as one of the most sought after accolades in the industry. The prestige of this award is largely due to the fact that they are the only award based purely on rewarding excellence in route development and nominated only by airlines.

David Stroud, senior vice president of Routes Events and member of the awards judging panel, notes that: “What really sets these awards apart is how accurately they reflect the airlines’ views. Vitally, it is the airlines’ votes that create the shortlist from which the panel selects the winners, and the judging panel itself is made up of airline route development professionals. This aspect in particular is unique within the industry, and what makes the awards so highly regarded.”

In addition to the shortlisted airports voted by the airlines, the regional winners from the regional Routes events also gained an automatic place among the finalists. Judging then moved on to a panel of senior industry experts – formed for the first time this year – made up of current and former airline network planners who reviewed the shortlisted airports’ proposals in order to determine the winners. The panel consisted of the following airline experts:

Bob Hill commented, “I am very impressed with the dedication, application of new technology, creativity, determination, and confidence among the contestants.”

Additionally, British Airways was named the winner of The Orbis Social Responsibility Award for its partnership with Comic Relief, a UK-based charity. The two organizations have committed to raising £8 million (US$12.5 million) and pledge to make a difference to children across the world through a series of activities focused on addressing social, economic, and health issues and climate change.

This mountain is located opposite Jabl-e-Noor. Twice as high, 5413 feet high, Jabl-e-Saur had a cave at the top where the Prophet Muhammad (SAW) and his companion Hazrat Abu Bakr (RA) hid from their Quraish pursuants. This is the cave in which the spider spun his web over the entrance and the pigeon laid eggs to save the Prophet Muhammad (SAW) from the pagans. Located at a 10 minute drive from the...

This temple dates back to the 1500s and is the oldest in Thailand. The reclining Buddha located in the northern section was made in the 1800s and is almost 150 feet long and 15 feet high. It is made of cement-covered brick and coated with gold leaf. The soles of the feet are inlaid with mother-of-pearl with 108 signs, marks and qualities by which a true Buddha is recognized. It is considered good ...