Director-General of GCAA said “Now we have completed the evaluation process for the other two airports in Fujairah and Ras Al Khaimah also.  Both these airports have also been found to be meeting the license norms and we will be issuing their aerodrome licenses early next week.”   Comprehensive aerodrome license programs were created by GCAA earlier this year to enhance operational and safety standards in UAE’s international airports. 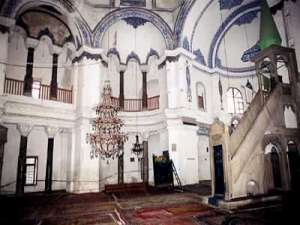 Formerly known as the Church of the Saints Sergius and Bacchus, Little Hagia Sophia was constructed between 527 and 536AD by the Emperor Justinian.  Supposedly Sergius and Bacchus had visited Justinian's uncle, Justin I, and told him Justinian did not pose any threat, thus sparing the future emperor's life.  The emperor built the church upon his accession to commemorate the occasion. ...

If you are an art lover then Melbourne holds all kinds of attractions to captivate your attention. One such attraction is the Kirra Galleries which specializes in the most superior form of art, sculpture and glass work. In addition the place also provides you some of the most dexterous work done on jewelry of gold and silver. Address: Cnr. Swanston and Flinders Street Melbourne Victoria 3000 ...