IATA said long haul carriers based in Abu Dhabi and Dubai, and Etihad Airways and Emirates Airlines are heavily investing in order to win international air travel between Asia and the West, and they are succeeding.  IATA’s report last week said Middle East growth “reflects the success of Middle Eastern airlines in gaining market share from the direct flights by flying passengers via their hubs.” Passenger traffic was flat or negative in February and March but has since been steadily increasing. 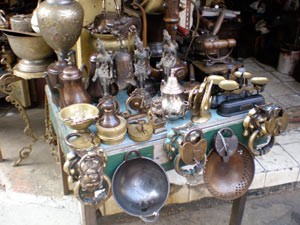 This is an open air antique market located on the outskirts of the Menteng residential neighborhood. This is a a good place to bargain for exotic treasures. ...

This area boasts nothing spectacular. Thus, it would only be worth a visit if you want to really see the grit of New Delhi and observe how the average Jane and Joe go about their day....