The rudest airport in Europe is... 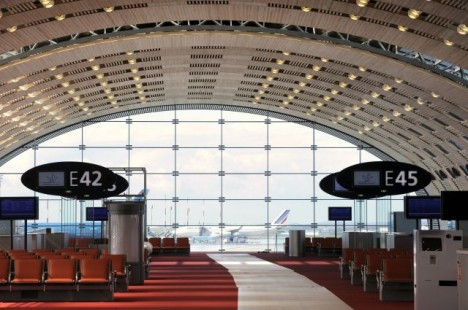 According to a survey, Paris Charles de Gaulle, the second busiest airport in Europe, is the rudest in the region, while Copenhagen Airport features as the friendliest.

Paris CDG, which hosts more than 60 million passengers a year, is the rudest airport in Europe with a score of 4.86 out of ten. The survey rates airports according to the friendliness of their staff.

The experience of using Paris Charles de Gaulle airport is described by travelers as similar to cattle being herded to market with complaints ranging from endless lines to manhandling at security and abrupt responses from staff.

Copenhagen Airport, with a total of 22.7 million passengers in 2011, received the highest score with 7.08 out of ten, featuring as Europe’s friendliest airport.

Copenhagen is followed by Amsterdam Airport Schipol (6.92), which served around 49 million passengers in 2011.

Across all airports, staff at security gates as well as at restaurants and shops rate as among the friendliest, while check-in staff appear bottom of the list.

Skyscanner surveyed 500 passengers who have traveled in the past 12 months asking them to rate the European airports according to the friendliness of their staff.

A hot favorite among the art aficionados, this art gallery showcases the works of predominantly European art. With works of big painters and artists including Monet, Sisley, Renoir, Constable and Van Gogh on display, the gallery offers an interesting peak into the many colors of modern and traditional art. Paseo del Prado 8, Las Letras Tel: +34 91 369 0151  Timings: Tue-Sun 10:...

The English Romantic poet, John Keats, travelled to Rome to get away from the inclement weather of England and spent the last few months of his life in the Casina Rosa or Little Red House, where he bravely struggled to cope with his ailing health and where he  tragically died of tuberculosis in 1821.The house situated at the foot of the Spanish Steps remains much the same from the outside a...

Like Westminster Abbey, Westminster Palace (or the Palace of Westminster) dates to the Anglo-Saxon period and the reign of Edward the Confessor.   Around 1050, he built the original palace.  In the century following the subsequent Norman Conquest, English governmental institutions began to move from the old Anglo-Saxon capital of Winchester to Westminster.  In 1310, under Henry III, the administra...