King Khaled International Airport in Riyadh, Saudi Arabia, has halted incoming flights from counties affected by swine flu.  Director General of the airport, Khaled Al-Medhel, said the flights were stopped as a precautionary measure.   This move comes as the World Health Organization raised the global flu alert to level 5, which is the second highest level indicating a pandemic is imminent. Flights to King Fahd Airport in Damman have also been halted.

Nine countries have been affected by the outbreak of the A/H1N1 swine flu since the first outbreak was reported in Mexico last week.  The affected countries are Mexico, USA, Canada, Spain, New Zealand, Britain, Israel, Austria, and Germany. 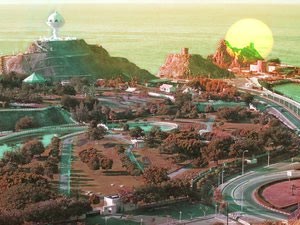 This park is a haven of greenery within the city limits of Muscat. The park is just pass the Mutrah Fort, along the Corniche. Its most recognizable featured is the gigantic, ornamental incense burner that stands near its center. The views of the city from the park are truly stunning-tourists should take a moment to appreciate the scene from here while in Muscat. Timings: Sat-Wed 4-11pm, Thurs...