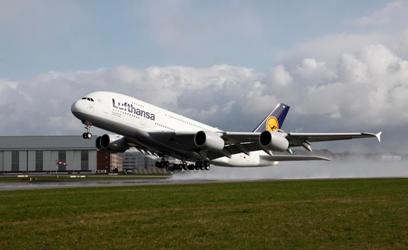 This represents an increase year over year of 10.1 per cent in the number of passengers opting to fly with carriers in the Lufthansa Passenger Airline Group. The Group raised ca-pacity in the term by 11.9 per cent, while sales rose by 9.1 per cent. The seat load factor fell by 1.9 percentage points on the prior-year level to 75.4 per cent. Passenger numbers grew in all traffic regions but the biggest rise came in Europe, largely owing to the im-proved traffic performance of Lufthansa Passenger Airlines in the region: Larger aircraft and the introduction of the new cabin on European routes increased capacity in the first half 2011 as well as sales and the passenger count.

Overall, the Lufthansa Passenger Airlines raised the number of passengers in the first half by 14.8 per cent to a total of 31.2 million. Capacity was up by 14.5 per cent, sales by 11.4 per cent. The passenger load factor fell against the year-earlier level by 2.1 percentage points to 75.7 per cent. Passenger numbers for Lufthansa Passenger Airlines increased in all traffic regions and most of all in Europe as well. In the first half year, SWISS carried around 7.8 million passengers, a further 5.1 million flew with Austrian Airlines, around 2.8 million passengers chose to fly with bmi and around 3.4 million with Germanwings.

Lufthansa Cargo increased transported volumes by 14.8 per cent to 953,000 tonnes in the first six months and returned a high load factor of 69.1 per cent. The cargo carrier re-mained accordingly on the growth path at the halfway stage in 2011. 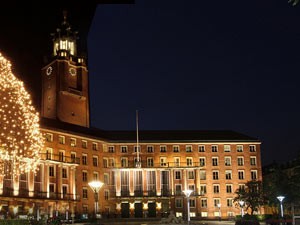 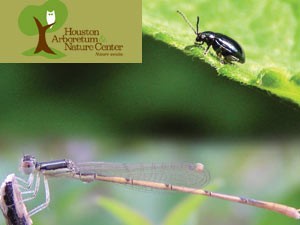 The Houston Arboretum and Nature Center consists of 155 acres and is located in Memorial Park.  It boasts a children’s botanical hall, over 5 miles of nature trails, forests, ponds, wetlands, and meadows.  It also has numerous specialty gardens including Hummingbird and Butterfly Island, Sensory Garden and Wildlife Garden.   Address: 4501 Woodway Drive Tel: (713) 681 8433. ...