Largest airport in the world closed due to smog

Since Sunday, December 2, 2011, Beijing's Capital International Airport has canceled several hundred domestic and some international flights due to poor visibility. A severe smog has gripped the Chinese capital and its huge airport - yes, it is the largest airport in the world - is having to deal with air pollution related issues.

The buring of fossil fuel - coal powered energy consumption is very high in Beijing - and an abundance of automobiles has resulted in the city's air quality being classified as "hazardous." With cold weather and foggy conditions the soot and smoke in the air has made it almost impossible for flights to operate safely. While domestic airlines have been forced to cancel all flights until Tuesday midnight, international flights are continuing although with 2 or 3 hours delays.

Beijing Capital International Airport was completed just in time for the 2008 Olympic games in China. It has a floor area of 1.3 million sqm - the only airport in the world to break the 1 million sqm threshold. It is 3.25 km long and aims to cater to 50 million passengers a year by 2020. 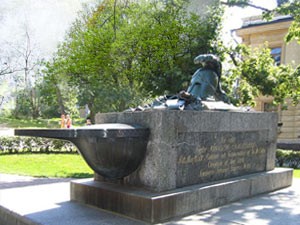 Suomenlinna is a Finnish island that has a military history associated to it. This museum on the island has a model of a large ship within its confines, and other military artifacts from the 18th century. It is built after the name of General Augustin Ehrensvärd, who had supervised the construction of the Sea Fortress. Admission fees are 3 Euros for adults and 1 Euro for children. Opening ...

The Municipal Theatre was built in the early 20th century and has various art-nouveau building elements. The theatre has a capacity of 1,500 people and is home to many cultural and performing art events in the city. Guided tours are available but require advance bookings. Address : Praça Ramos de Azevedo, Centro Tel : 011-3222-8698 Website : http://www.prefeitura.sp.gov.br/cidade/secretaria...