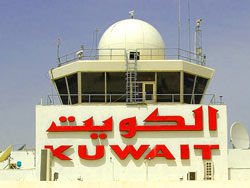 March 4: Kuwait will sign an expansion deal for its international airport today. The deal, which includes the development of new terminals, will equip the airport to deal with 13 million passengers a year. Dr Fadhel Safar, Minister of Public Works and Minister of State for Municipal Affairs, will sign the agreement today. Currently, the is at full capacity dealing with about seven million passengers a year.

The surge in passenger traffic last year – reportedly a 26 per cent increase – prompted the Kuwaiti authorities to take up the airport expansion project, said sources. The increase started in September and continued all through the remaining part of the year, generating a revenue of $62.89 million.

Like all European cities, Bucharest has a state of the art Engineering University that educates thousands of engineers each year. Built in 1948, the university commits to provide excellent education and a breeding ground for young minds. The campus grounds provide a good walking ground and pleasant hustle bustle of student life.                     {loadposition ...

The Jade Emperor Pagoda is one of the most elegantly decorated pagodas in Ho Chi Minh City and is dedicated to several Chinese-Vietnamese divinities. A collection of statues, wood carvings and fancy tiles on the roof are also an attraction. Location: Mai Thi Luu, District 3                    ...