Government owned airfield operator Dubai Airports is planning to seek approval for an expansion worth ‘billions of dirhams’. Chief Executive Officer Paul Griffiths said the company will make recommendations regarding boosting capacity in the next few months.  Griffiths said aviation generates up to 25 percent of the emirate’s economy because Dubai has invested in facilities and in Emirates Airline to compensate for a lack of oil reserves.   Dubai will move forward with its plan to expand its current airport and is also building the new Al Maktoum Airport, which will have a capacity of 120 million passengers.

Griffiths explained “Dubai’s vision, attitude towards airport infrastructure is that if you constrain, the growth will go elsewhere.  So we are not going to constrain that growth.”  Dubai International Airport is the world’s 17th biggest airport based on passenger numbers, which increased 9.2 percent to 40.9 million in 2009.  The airport forecasts passenger numbers will increase 13.6 percent in 2010 to 46 million. 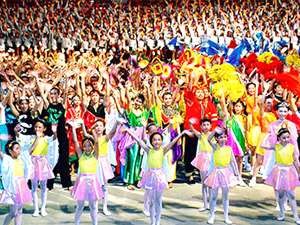 Get a taste of all the 13 Malaysian states in Kuala Lumpur during the Malaysian festival. This two-week celebration hosts several shows and demonstrations that exhibit Malaysian culture ranging from performaning arts to handicrafts to food. Also, several shopping complexes and hotels enter a bright-lights competition where the best lit locale wins. ...